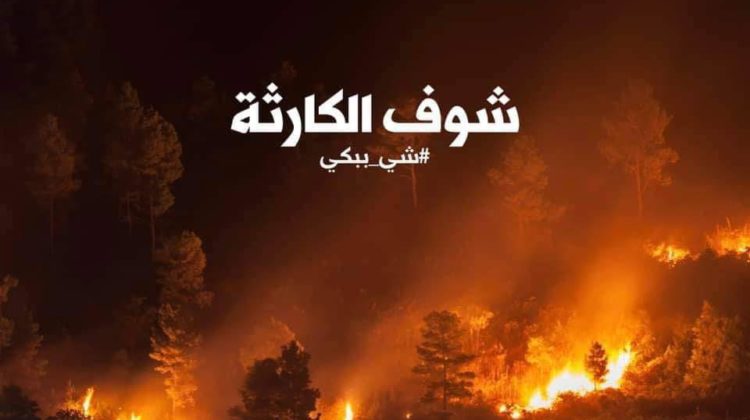 Over 120 fires were reported by the Civil Defence officials in the past 24 hours, and Lebanon’s Red Cross has stated over 100 people were hospitalized so far. The sudden rise in temperature and strong winds are to blame primarily for the quick widespread of fires but several sources, including the Environment Minister, claimed many fires were intentionally started.

This is not the first year that we have to fight enormous fires, but Lebanon has never witnessed so many massive fires erupting simultaneously. The worst hit villages so far are Mechref, Dibbeyye, Damour, Daqqoun, Kfar Matta, Yahchouh, Mazra’at Yashoua’, Qurnet Al Hamra, Ba’awarta, Al Na’ameh, Al Khrab and Mtayreyye, among others.

So who’s to blame here?

Fire Fighters have old fire trucks, old equipment, no substances to fight the fires and sometimes barely any water. This is a known fact that should have been treated urgently years ago, but no actions were taken. Instead, every time a fire erupts, some government officials pretend to care and ask for investigations that we stop hearing about weeks later.

We need well trained firefighting units, we need forest rangers, we need modern fire trucks, helicopters and planes. There are tons of NGOs and foreign countries willing to pitch in and help if we allocate the proper budget for this but our politicians have other priorities. 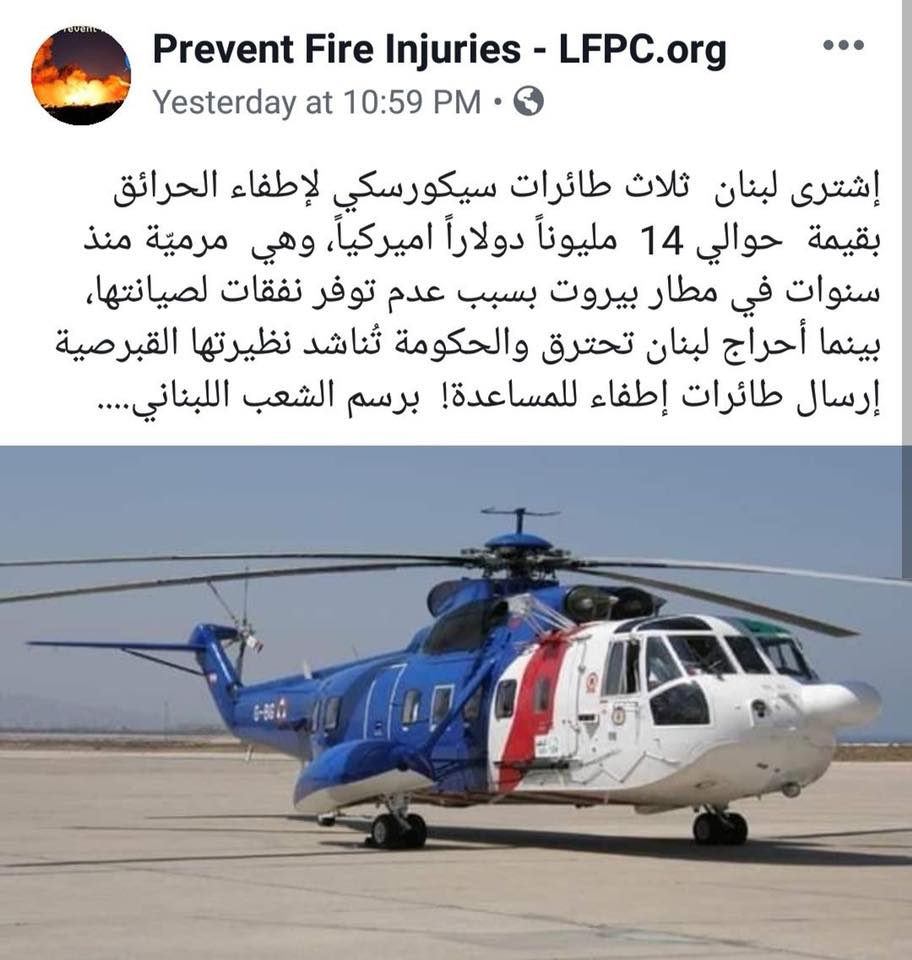 Why do we have three idles firefighting Sikorsky helicopters?

The President demanded investigations (too little too late?) into the reasons that left the Sikorsky’s “out of order”, but the problem has been there for three years now and is well know; Lack of spare parts and end of the maintenance grant. Who was responsible for renewing this maintenance contract? The Lebanese Army? The Government? Why didn’t we sell these helicopters if they’re useless to us? I’m almost sure we will never know.

It is common in Lebanon for people to intentionally start fires, especially when they want to build on some land and are not allowed to destroy the trees. Also, many make use of situations where fires are erupting normally so I’m pretty sure many fires were intentional, but to think that some would start fires to score points against their political opponents or make a certain party look bad is beyond delusional. Unfortunately, we will never know the truth once again because no one will bother investigate.

Nevertheless, even if these fires were intentional, nothing justifies the unpreparedness of the authorities & the security forces to such massive fires. Even worse, and instead of seeing the ruling parties mobilize their crowds to help out, their representatives were too busy laying blames on others and talking nonsense, with one MP even suggesting fires are targeted against Christian areas and the Environment Minister wanting to apply the death penalty to those who started fires deliberately. Our PM was too busy calling our neighbors for help and also called for an investigation (Let’s wait and see if anything comes out), yet only Cyprus managed to help us in time, while our Defence minister was tweeting about an illegal separation wall Israel built on the borders (that we can’t do anything about). Add to that the Agriculture minister who just realized we need reforestation plans and of course other politicians way too busy with their trips and meetings to comment or help. 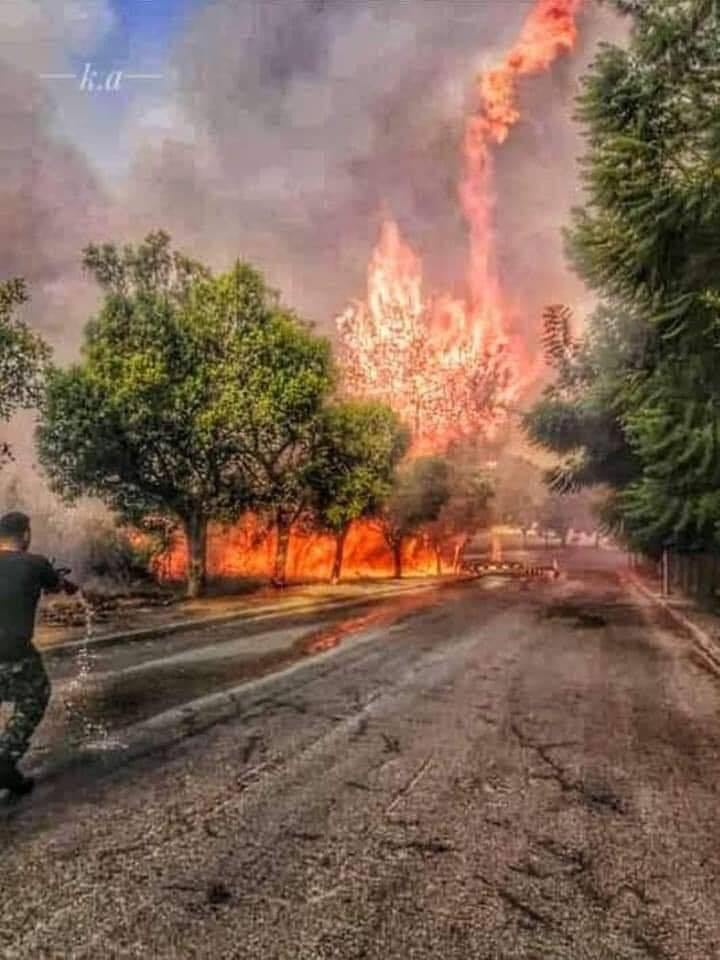 What can be done to prevent massive fires in the future?

If funding a decent firefighting unit is out of the question, municipalities should be asked to have trained firefighting members and apply fire prevention methods in their towns and villages. Instead of spending millions on huge festivals and fireworks, let them invest some money into more important matters like fire-fighting and recycling among other things. Environment & Interior ministries should coordinate to make this happen ASAP because prevention is key.

On the other hand, the government has to come up with a plan to fight massive fires by either fixing these Sikorskys or buying more useful planes. Not having a capable fire fighting unit is like buying a house without insurance. If they don’t understand how bad today was, don’t expect much from them. But then again, who’s expecting anything from them? Things only seem to be getting worse year after year. In all cases, now that fires are out, wait for the flooded roads after the first heavy rains.

The only positive thing that took place yesterday worth mentioning is how people helped each others, how NGOs and volunteers rushed to help those in need, how thousands of people here and abroad donated and welcomed people in their homes. And of course we can not thank enough the fire fighters, Lebanese & Palestinian ones, the Red Cross, the Army, the ISF and everyone involved in putting down these fires. 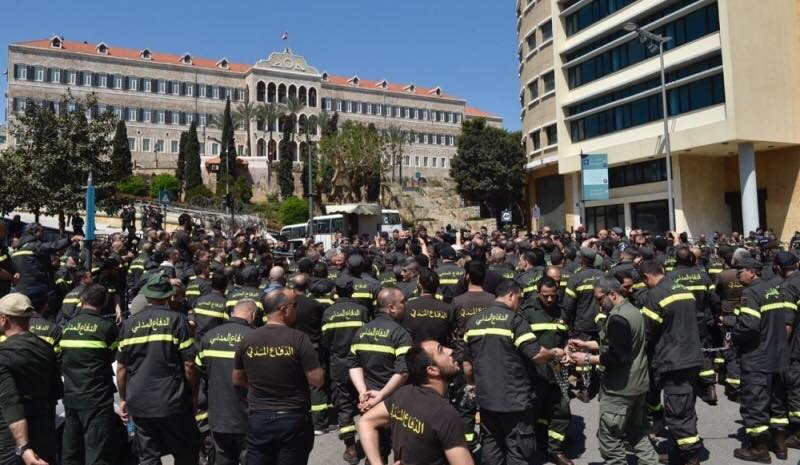