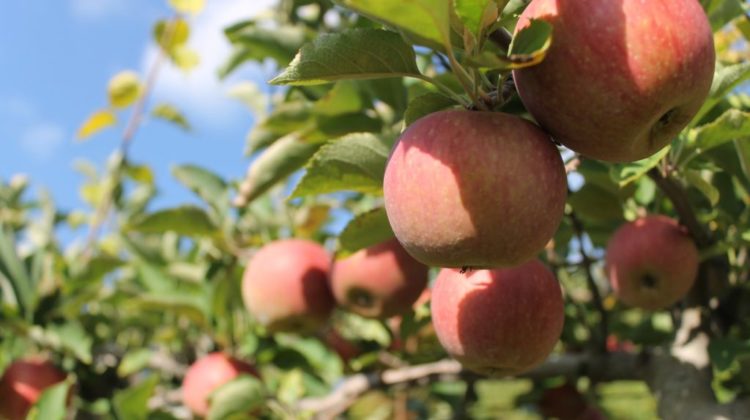 Every year since the Syrian crisis began, Lebanese apple farmers are in crisis. They’re unable sell their apple and exporting them is too costly. Every year, farmers have no choice but to leave their apples to rot and their orchards abandoned. There are several initiatives being taken to reduce the crop wastage, from turning apple to cider, or coming up with apple-based products but the problem is still there.

One thing that caught my attention during my stay in Montreal so far is the abundance of apple picking activities and orchards, and I’ve been twice to different orchards and they’re always busy. Having said that, I know there are few NGOs and groups organizing apple picking events in Lebanon but I think farmers should invest more time and money in promoting these activities and encouraging families, schools and universities to come visit their orchards and pick the apples.

A lot of Lebanese banks and companies used to buy apples and distribute them to their employees. A better alternative would be to help farmers revamp their orchards and organize apple-picking trips three-four times a year. A lot of towns and villages like Akoura, Mayrouba, Hadath el Jebbeh and others offer such activities and they just need better marketing to attract further visitors and cut down on their losses every year. More importantly, this would boost local tourism and motivate Lebanese to discover new areas and organize road trips instead of spending their weekend in a mall.