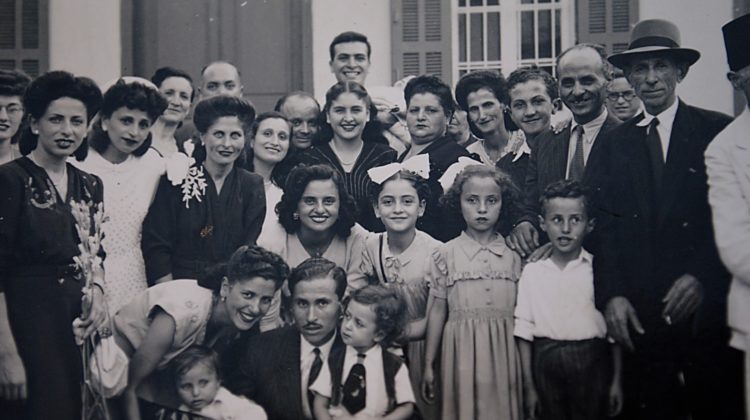 Vice recently published an interview with Liza Srour, the last Jew residing in Wadi Bou Jmil in Beirut. I’ve read several articles on this woman and how Beirut’s Jewish quarter evolve from a thriving 100,000-person community to less than 50 registered “closeted” Jews today. Liza still lives in the old Jewish quarter in a run-down building set to be demolished, few meters away from the Serail. Most of the houses around her that were once owned by members of the community have either been torn down or sold to Soldiere.

Liza’s father was a merchant in the Wadi Bou Jmil area and her mother played the piano and worked as a tailor. She had two brothers and a sister. Her brothers had to leave the country in the late 60s after being harassed and beaten up. Liza admits that even though she’s 100% Lebanese, she was rejected by people surrounding her because they thought she was Israeli or worse, a Mossad agent. Being Jewish was dangerous at the time and that’s what drove thousands of them away from Beirut and the country. [HuffPost]

Liza was set to flee the country with her parents, but she ran away and hid at her friend few hours before their designated flight. She also fell in love with a Muslim young man called Salah whom she almost married. “She was unwilling to turn her back on her homeland — not even in 1982, when the Israelis marched into Lebanon and the Prime Minister Menachem Begin offered Israeli citizenship to the remaining Levantine Jews. “Why should I have accepted that?” Srour asks. “I am a Lebanese woman, and that’s what I’ll remain.” [Spiegel.de]

Read the article in Arabic [here].

Proclamation of the State of Greater Lebanon: Full Text