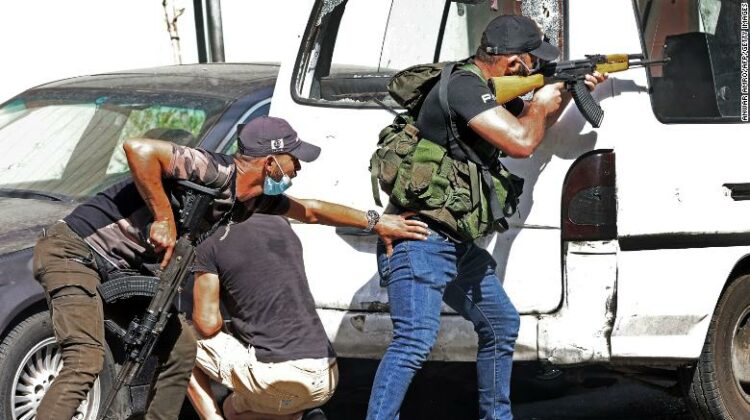 What’s stopping the Lebanese authorities from calling Beirut an arms-free city? What’s the purpose of having so many heavily armed groups and individual in the capital? Why can’t we let Lebanese live peacefully and end once and for all all these militia activities?

Since all the political sides are backing the Lebanese Army to do its job, then let them keep their armed people outside the capital or restrict their presence to guarding headquarters or specific areas in agreement with the armed forces. We’re not fighting Israel or Daesh in Beirut and the last thing we need are armed clashes like the one that took place few days ago in Tayyouneh.

Demilitarizing Beirut is long overdue and is necessary to avoid armed clashes and stop celebratory gunfires on all sorts of occasions as well. Public pressure must be applied to force MPs to adopt such an initiative and see who’s opposed to turning Beirut into an arms-free capital!