Mohammad Al Nhaily beat his wife Manal Assi to death with a pressure cooker back in 2014, leaving her to die in front of her two daughters. Last month, The Beirut Criminal Court reduced Nhaily’s sentence from the death penalty to five years in prison, stating that he was in a state of extreme rage at the time of the murder, which means that Nhaily was expected to walk out of prison in around 18 months given that the judicial prison year is only 9 months. The new “lighter” sentence was based on Article 252 of the penal code, which allows for reduced punishment if a crime occurred as a result of extreme rage caused by “dangerous and wrongful action committed by the victim.”

KAFA, along with other activists and human rights groups, staged a protest outside Beirut’s Justice Palace in Adlieh last week and demanded that Nhaily be handed a longer sentence. Following that protest, State Prosecutor Judge Samir Hammoud has appealed the decision issued by Beirut’s Criminal Court and saw the decision to reduce Nouheili’s sentence from the death penalty to five years in prison a mistake in explaining and implementing Article 252 of the Penal Code.

He also pointed out that Manal’s husband should be punished by death penalty in accordance with the Article 549, paragraph 4 of the Penal Code. Nine women have been killed in domestic violence cases in the past 12 months according to Kafa. 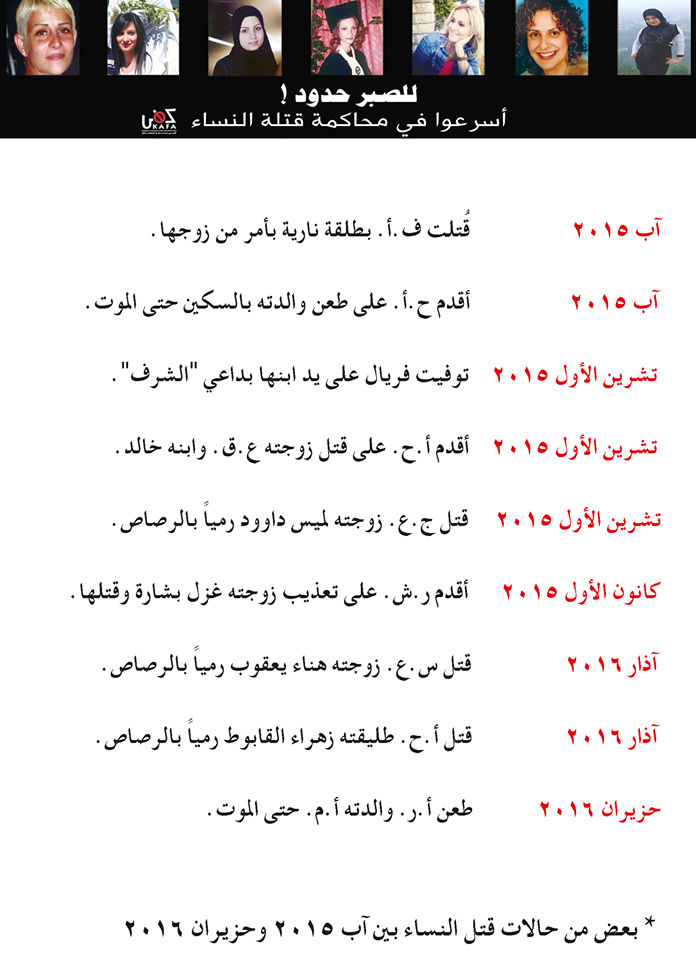