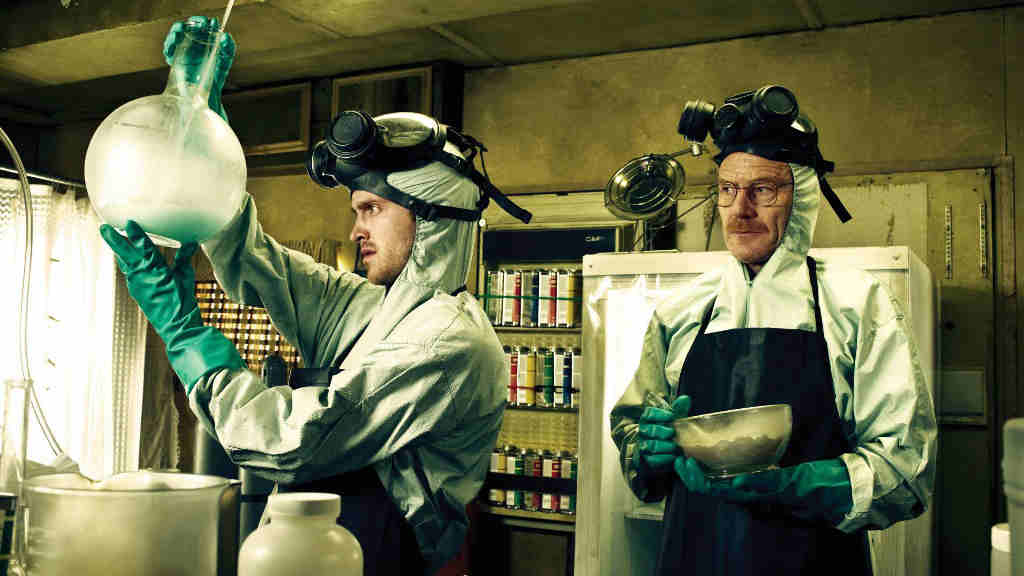 It appears that we had a Walter White in Lebanon even before Breaking Bad came out. Check out the full story on [Vice].

Apo and his friends spent weekend after weekend chasing girls and raving. But they were curious about the chemicals they were experimenting with. They scoured the web to find out about various combinations of chemicals that made up the pills they were taking, but their interest homed in on a drug that was possible for them to produce. “It was like heaven, ignoring the side effects,” Apo noted when describing his initial impression of meth. “You’re productive, not sleepy, friendly,” he added. A set of insecurities every young adult can relate to.

They started cooking for their friends. It was a cheap alternative to the pricier drugs on the market, and it wasn’t a crowded field. There had been rumors of an Armenian cook who had escaped to Yerevan years before, but apart from that meth was a new phenomenon for Lebanon. Apo told me it took him seven months to master the hang of cooking. They sourced Sudafed from local gym clubs, which sold it as an appetite suppressant. The precursor chemicals, which are hard to source in America, were purchased from the same companies supplying their university laboratories. He and his friends set up makeshift labs wherever they could, but usually in the basement of their parents’ apartment buildings.

One day, Apo and his crew started a cook in one of their parents’ apartments. Half way through the process, everything lit on fire. It was out of control, and fire spread quickly to the balcony. One of his friends grabbed the fire extinguisher to put it out, but the extinguishing chemicals mixed with the meth fumes, blanketing the entire apartment in thick, white dust. Seconds later, Apo’s friend’s mom walked through the door, astonished. They told her it was a university experiment gone wrong. She bought it.