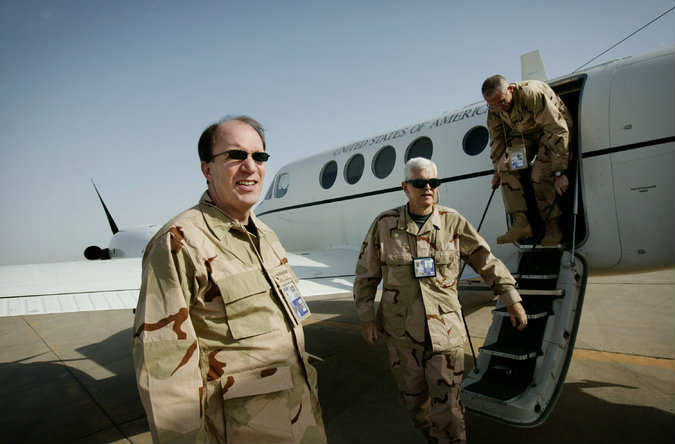 After the US defeated Saddam Hussein in 2003, $12 billion to $14 billion was sent to Iraq in the airlift, and an additional $5 billion was sent by electronic transfer to support Iraq’s new government and help the economy. However, and based on an investigation led by Stuart W. Bowen, he found that between $1.2 billion to $1.6 billion had been stolen and moved to a bunker in rural Lebanon for safe keeping.

This is the first time I hear about this money and the bunker. Where did all that money go and where the hell is that bunker?

Mr. Bowen said that Brick Tracker, his office’s most sensitive investigation, began in 2010 when Wael el-Zein, a Lebanese- American on his staff, received a tip about stolen money hidden in Lebanon. An informant told him about the bunker, which in addition to the cash, was believed to also have held approximately $200 million in gold belonging to the Iraqi government.

But by this time, official Washington had long since forgotten about the flights from Andrews. The C.I.A. expressed little interest in pursuing the matter, and the F.B.I. said it lacked jurisdiction, Mr. Bowen recalled. And when Mr. Bowen and his staff tried to conduct an investigation of the missing cash in Lebanon, they also met with resistance from the United States Embassy in Beirut.

Mr. Bowen was not allowed to travel to Lebanon on official business. Two of his investigators who did travel to Lebanon were denied permission from the embassy to see the bunker themselves because it was too dangerous. When Mr. Bowen’s staff members met in Beirut with Lebanon’s prosecutor general, Said Mirza, he initially agreed to cooperate on an investigation, but later decided against it.

The office of the special inspector general for Iraq closed in 2013, and Mr. Bowen is now working in the private sector. Mr. Bowen thinks at least some of the money has been moved, and said it is impossible to say whether any of it is still in the bunker. He says he is still frustrated by the lack of cooperation he got from his own government in his efforts to pursue the missing cash. “We struggled to gain timely support from the interagency as we pursued this case,” Mr. Bowen said.

See Also:Lebanon is nowhere to be seen!
Posted By Najib
Categories INFORMATION,LEBANON,MIDDLE EAST