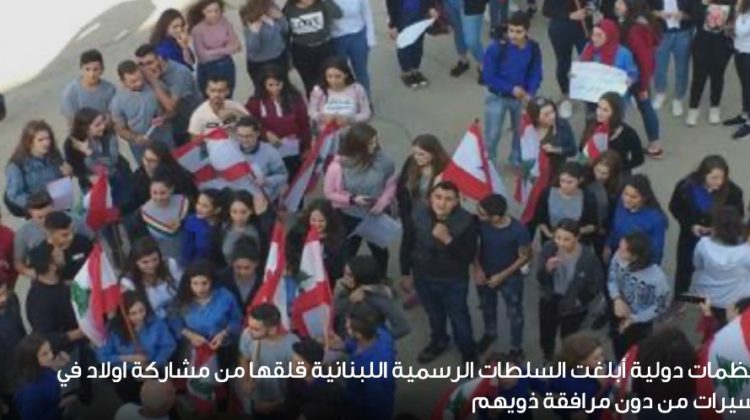 The presumably trust-worthy National News Agency shared an article today claiming that international organization have warned Lebanon after noticing kids aged 18 and less taking part in the protests. Annahar and other portals also published the same article but the truth is there’s no such thing as an anonymous international organization and UNICEF hasn’t mentioned a word on this matter.

On the contrary, they’ve been praising for a week now the role that young people can play in society and the need for them to raise their voices in #Lebanon for a better quality #education and a stronger future for their country.

So can NNA please let us know which organization stated the above: Was it the one over which Zein el Atat proclaimed himself ambassador?

PS: It is worth noting that the editor in chief of this portal, Laure Sleiman, was removed over a week ago following her coverage of the protests.