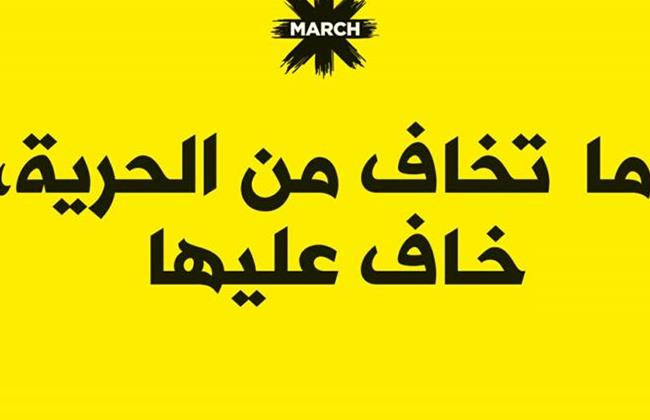 MARCH has been fighting censorship for years now in Lebanon

Under the law of 27 November 1947, all movies in Lebanon should undergo a censorship process and can’t be distributed and projected to the public without authorization from the Directorate of General Security. Personally speaking, I believe all types of censorship are wrong and useless, yet the silliest remains film censorship. No one has the right to tell us which movies or series to watch or not, and even if there’s an agreed-on approval process, The General Security Censorship Bureau in Lebanon is definitely not the qualified party to do so.

Throughout the past 10 years, we’ve seen some of the most absurd acts of censorship in Lebanon and a lot of movies were banned or renamed for that sake. In fact, censorship has gotten so ridiculous that some distribution companies resorted to changing the name of a movie before releasing it in Lebanon or the Middle East.

This being said, a new and very important law was proposed last week by MPs Nadim Gemayel and Serge Tor Sarkissian in order to regulate film censorship in Lebanon and revoke the role of The General Security in licensing, monitoring, and censoring creative works.

According to the law proposed, Article 3 of the 1947 law should be abolished and the control of movies should be handed to the directorate of film, theaters and exhibitions that is affiliated to the Ministry of Culture. Monitoring movies will take place in a specialized theater equipped for that purpose and if there’s any reason to stop this movie, a committee shall meet and vote on it. Even after a decision is taken, the producer can still file a complaint to the state council.

I think this is a very important law, and even though there are far more urgent issues that require our attention right now, we should keep in mind that our freedoms are threatened by archaic laws and that we need to abolish all sorts of censorship, especially internet censorship, to protect ourselves.

Check out the articles on the new law [here] and [here]. Unfortunately, I couldn’t find any English article on that topic.