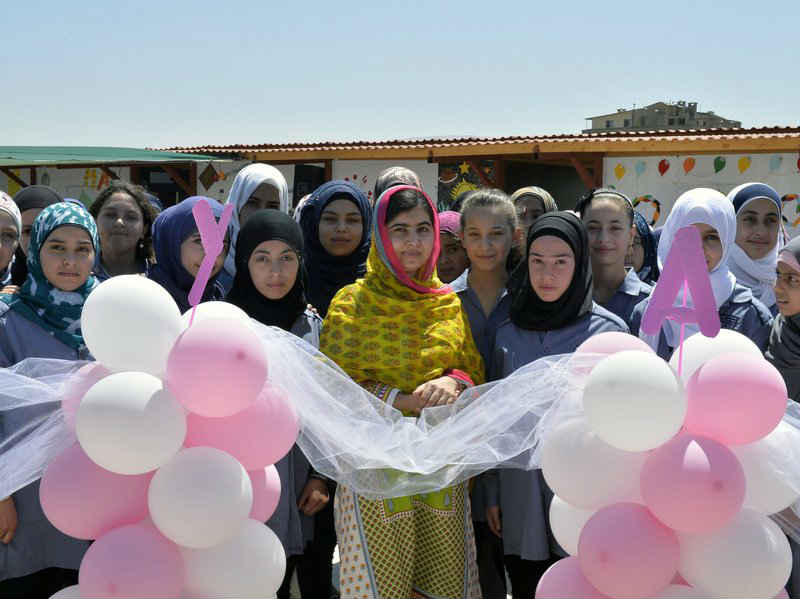 Malala Yousafzai, the Pakistani education activist and the youngest winner of the Nobel Peace Prize, was in Lebanon on her 18th birthday to open a school for Syrian refugee girls. The school was inaugurated in the Bekaa close to the Syrian borders and will welcome up to 200 girls aged between 14 and 18.

Here’s what she said during her visit:

“I am honored to mark my 18th birthday with the brave and inspiring girls of Syria. I am here on behalf of the 28 million children who are kept from the classroom because of armed conflict. Their courage and dedication to continue their schooling in difficult conditions inspires people around the world and it is our duty to stand by them,” Malala said. “On this day, I have a message for the leaders of this country, this region and the world — you are failing the Syrian people, especially Syria’s children. This is a heartbreaking tragedy — the world’s worst refugee crisis in decades.”

It’s great to see Malala visit Lebanon and I hope we will see more schools open for Syrian refugees in order to keep them away from the streets and the hands of terrorists. Only few days ago, I posted about Fares the little Syrian boy who used to sell flowers in Hamra and died in Syria and I got a couple of comments telling me that he didn’t die from an airstrike but he was a suicide bomber for Da’esh. I can’t confirm the story yet but it only proves that these children are the real victims of war and that they are being brainwashed and exploited by political and religious groups, which is why we need to keep them in schools and give them the proper education.