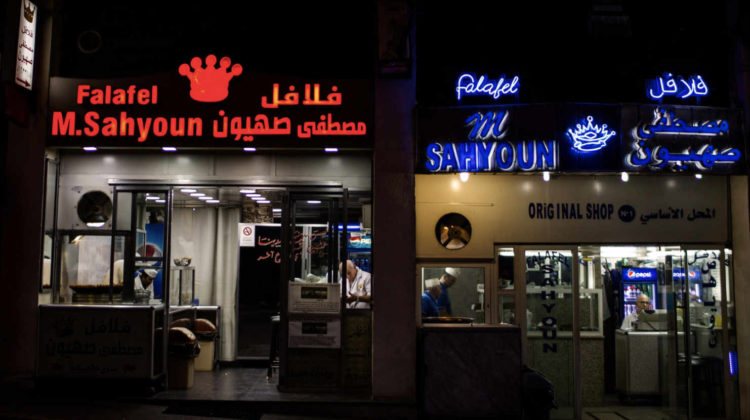 NYTimes published yesterday a great piece on the Sahyoun brothers falafel rivalry. Zuheir Sahyoun & Fuad Sahyoun both inherited the Falafel business from their father Mustapha Sahyoun but then the younger brother broke away and opened its own shop. They refuse to talk to each other and each claims to be using his father’s original recipe. Zuheir has his father’s photo behind the cash register, Fuad has a picture of Bryan Adams easting his falafel sandwich.

There are so many similar rivalries in Lebanon that resemble the Sahyoun brothers Falafel rivalry. There’s the Hallab (Abdel Rahman vs Ghazi) in Tripoli, and the Baba and the Samra rivalries in Saida, the Massaad rivalry to name few. The one I’m most familiar with is the Samra rivalry in Saida where there are three “official” Samra shops open next to each other, but to be honest I could never tell the difference lol!