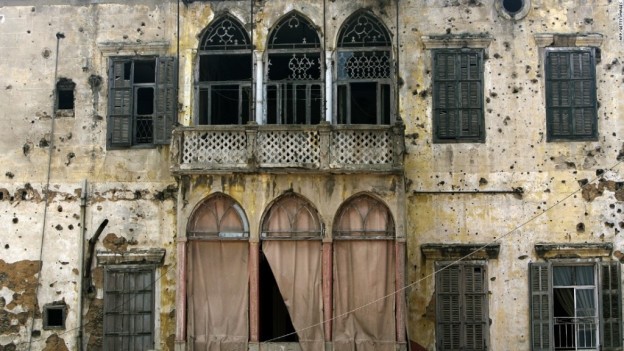 CNN featured Beirut’s old buildings as 1 of the 25 magnificent structures on the verge of extinction. Here’s what they said:

As if decades of civil war and bombardments weren’t enough, the remaining old buildings of Beirut are now under threat by property developers who are looking to create new luxury blocks on real estate currently occupied by traditional structures. Many have been hastily deemed unfit for living, pushing residents away: less than 350 heritage buildings remain.

Lebanon’s architectural heritage is one of a kind but it’s slowly disappearing and Beirut is quickly losing its traditional character as old houses, beautiful villas and Ottoman-style mansions are increasingly being destroyed and replaced with modern skyscrapers. I love Beirut’s old houses and I always feature them on Instagram because I know they won’t last long. There are around 350 heritage buildings right now in Beirut but a lot of them need some serious renovation and the authorities aren’t doing anything to maintain them. Moreover, not all owners are wealthy enough to maintain and renovate their houses as it’s quite costly and the law obliges them to pay higher taxes if I’m not mistaken.

The ideal scenario is for the government and the concerned ministries (Tourism & Culture) to protect this heritage but most of them are short-sighted and corrupt and would rather strike deals with real estate companies to make few bucks than preserve our heritage. Of course there are many organizations and NGOs working on preserving this heritage but the property developers they are up against are way too powerful and well connected. One of the initiatives that caught my attention a while ago was one by French Designer Benedicte de Vanssay de Blavous Moubarak and her husband Raja who “are collecting discarded old wrought iron balustrades, railings and window frames from all authentic Lebanese houses and turning them into design pieces, in an attempt to preserve Lebanon’s disappearing architectural heritage”.

Check out CNN’s full list [here]. It’s quite sad to see Al Khazneh in Petra on that list as it’s one of the most amazing structures you could ever visit.