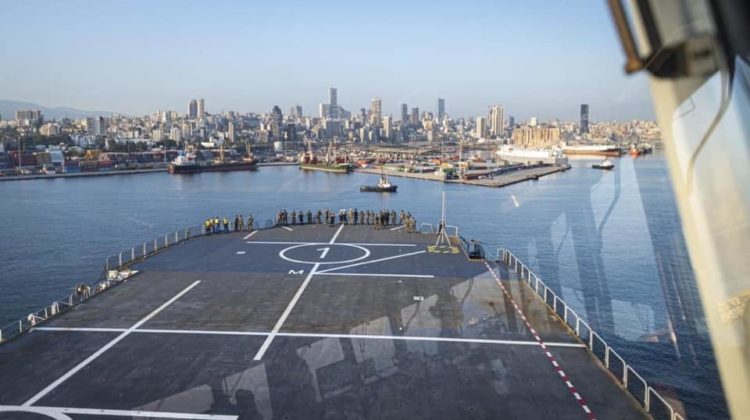 The French Navy’s Navy’s helicopter carrier Tonnerre has arrived to Beirut few days ago in order to deliver aid supplies to the Lebanese people. “Tonnere” is an amphibious assault helicopter carrier of the Marine Nationale that can hold up to 16 helicopters.

Fortunately, it’s not in Lebanon on a military mission but a humanitarian one. In fact, The Tonnerre has on board:

– An engineering group of the Army of about 350 men commanded by the 2nd foreign engineer regiment. Created on very short notice, this module is particularly suited to operating in a complex environment, in particular, thanks to its clearing, works and deployment assistance capacities;
– A detachment of demining divers from the French Navy with skills in underwater work and investigation of port areas;
– Amphibious landing means one Rapid Amphibious Landing Vehicle (EDAR) and two Material Transport Barges (CTM);
– Two helicopters (a Caracal helicopter from the Air Force and an Alouette III from the French Navy);
– Capacities for reconnaissance of maritime access and hydrographic support for the Marine Hydrographic and Oceanographic Service (SHOM);
– A module of the 519th regiment of the train to help with the landing in Beirut;
– Fire-fighting vehicles from Marseille firefighters which will be donated to Lebanon;
– Staff and essential equipment (food freight and construction materials) made available by the Ministry of the Armed Forces, the Ministry for Europe and Foreign Affairs, the Ministry of the Interior, the Ministry of Solidarity and health, and by private companies.

Thunder also transported 200 tons of flour since much of Beirut’s reserves were destroyed in the blast, as well as medical supplies, tools and building equipment such as plaster, glass, and cement. [Source]

On a side note, this ship is huge. Look at how tiny the port looks when compared to it. 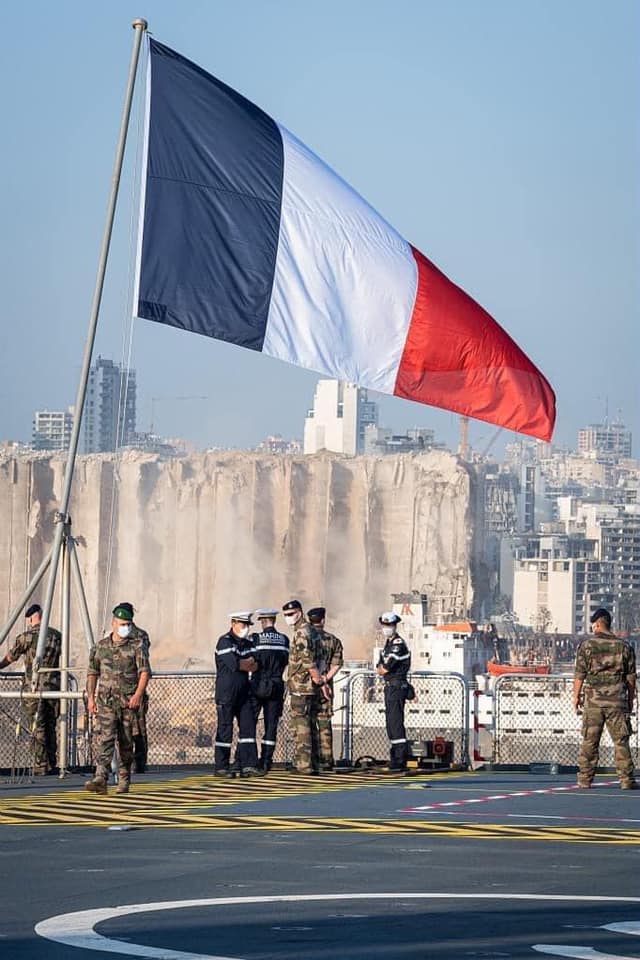 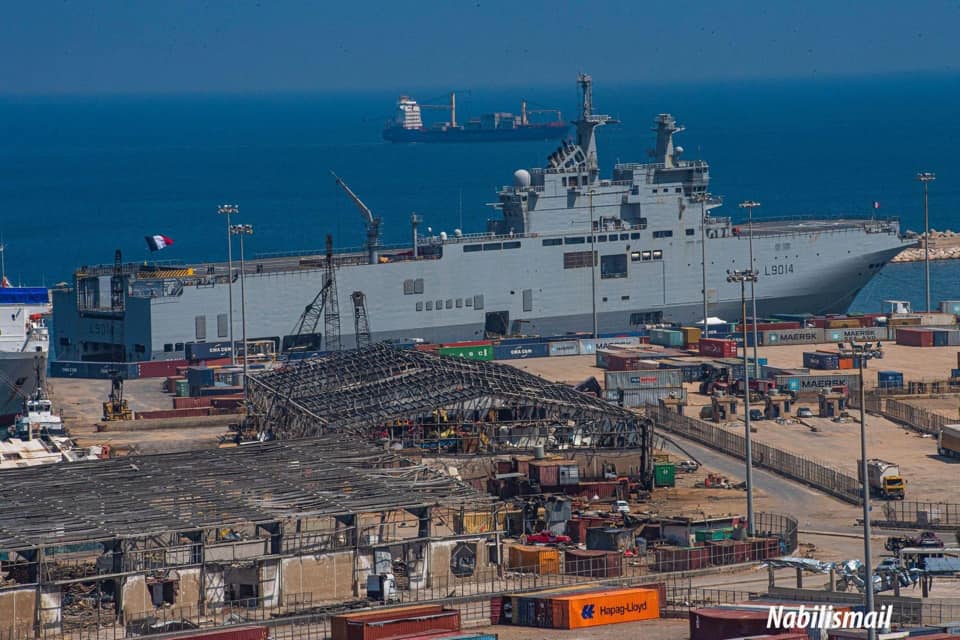