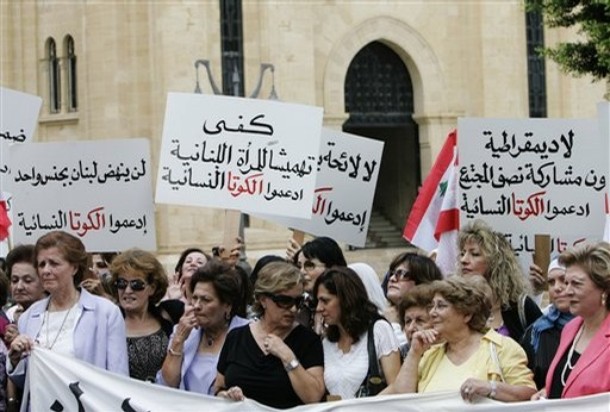 Lebanese women hold banners in Arabic that read :" Enough with the marginalisation of the Lebanese woman, support the women's quota," " No democracy without the contribution of half of the society, support the women's quota," as they rally in front of the Parliament House in downtown Beirut, Lebanon, Tuesday, Sept. 23, 2008. Lebanese women demonstrated in Beirut demanding that they get more seats in parliament. (AP Photo/Hussein Malla)

The Lebanese parliament could not be bothered today to allocate more than two minutes to discuss a women’s quota in the upcoming 2022 elections. The proposal to amend Article 2 of the electoral law which secures 26 seats for women in the parliament and forces electoral lists to include 40% of female candidate was quickly dismissed.

This is the second time that the parliament has failed to include a women’s quota in the law and it doesn’t look like they are willing to discuss the matter further. Their excuse is that the quota cannot be applied on minorities and might disrupt the sectarian representation of these groups, which is utter nonsense. 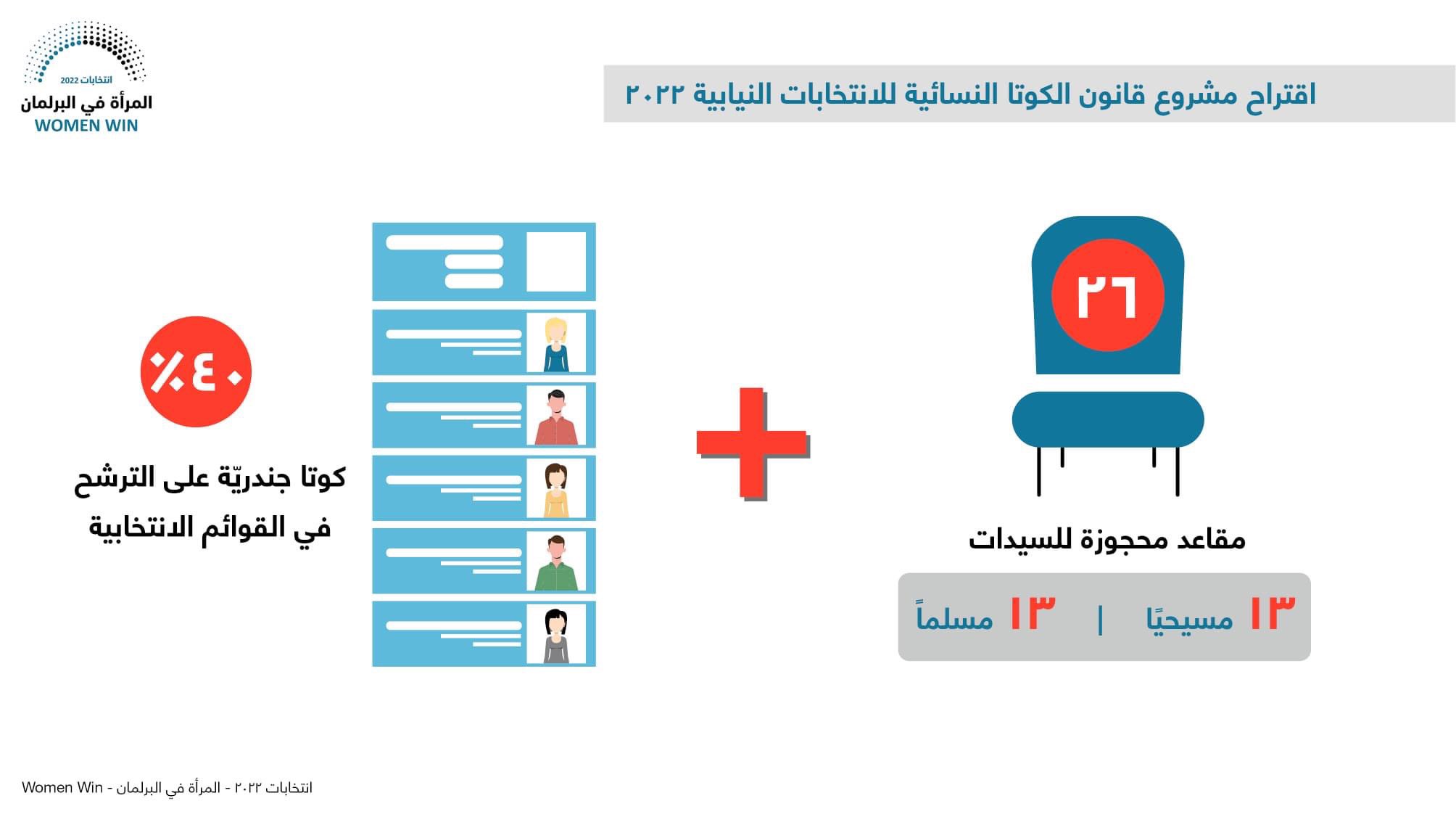