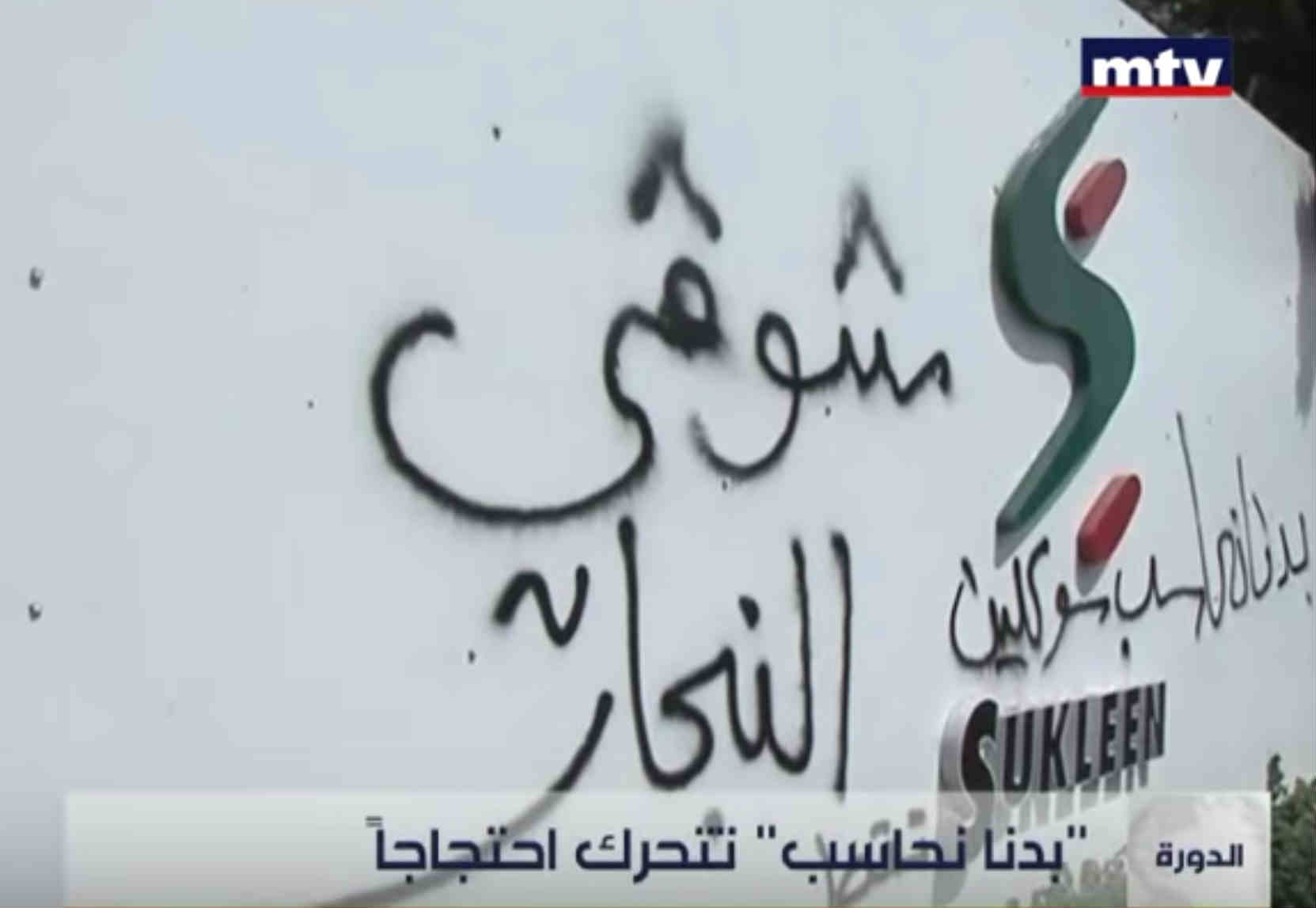 Piles of Garbage were apparently blocking the Dora pedestrian bridge so an old man decided to cross the highway and got killed. As a result, the #بدنا_نحاسب movement decided to stage a protest in front of the bridge and blamed Sukleen among others for the incident. They also moved some of the garbage and dropped them in front of the company’s offices in Karantina.

I know we are all fed up of the garbage crisis and the corruption and incompetence of Lebanese officials, but there’s no excuse to jeopardize your life by crossing the highway, and Sukleen has nothing to do with the piles of garbage under a pedestrian bridge. Those who organized this protest should have at least promoted road safety and advised against crossing highways and blamed the municipality and concerned ministries (not Sukleen) for not clearing the pedestrian bridge.