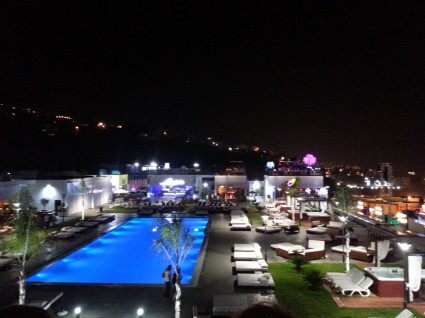 Jbeil is the place to be this summer and it’s crowded almost every day of the week. Aside from the Byblos Festivals, the beautiful Souks are attracting a lot of tourists and locals and the newly open Publicity has turned Jbeil into a booming nightlife hub outside Beirut. For those of you who haven’t heard of this place yet, Publicity is a new nightlife venue consisting of 12 Pubs and Restaurants surrounding a big swimming pool with Jacuzzi lounges. There are few pubs with a rooftop while others are on the pool side, and one DJ for the whole place. You can easily get to Publicity by taking a small right turn on the Jbeil highway right after Zaatar wou Zeit. 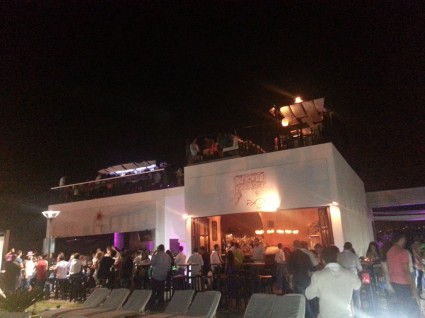 We went to a pub called Del Sol which serves Mexican food and has a rooftop. The table we had was really nice and overlooking the pool and the road side. There were few tables with couches and the rest had high chairs (Ours had high chairs), which were really annoying, up to a point that I preferred standing up rather than sitting on them. As far as the service and food are concerned, the waiters and manager were very friendly but a bit unorganized. It wasn’t that bad but we got the food before the drinks, not all of us got plates, we asked for a Vodka bottle and got a small bucket of ice with it (suitable for Arak not a Vodka Bottle) and a small orange glass. As for the food, it was surprisingly good for a pub and I enjoyed it specially the appetizers. 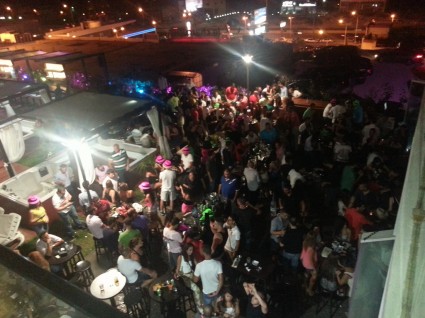 The music and atmosphere were nice, the pubs were packed by midnight and the party stayed on even after we left which was around 2 am. I was hoping for someone to jump in the pool but it didn’t happen, instead some girl fainted for some reason and everyone regrouped around her but she came out fine. 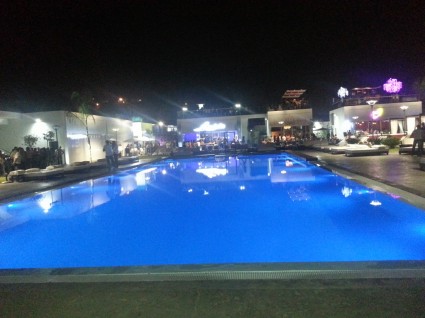 If you want to reserve at any of Publicity’s pubs, you can find all the necessary information on their [Facebook Page]. Note that you have to call the pub and not the Publicity number for night reservation.