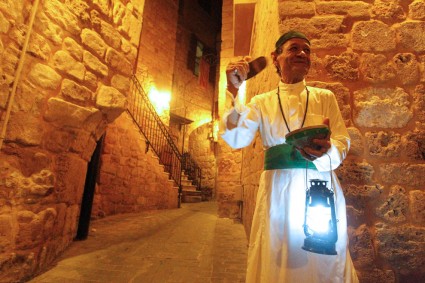 I found this picture from Sidon during Ramadan and lots of awesome pictures from Ramadan around the world. Check them out [Here] and [Here].

Update: There’s apparently an ongoing competition organized by Touch where all Lebanese are posting pictures of Ramadan in Lebanon and using the hashtag #souwarramadan. There are some very nice pictures there too. 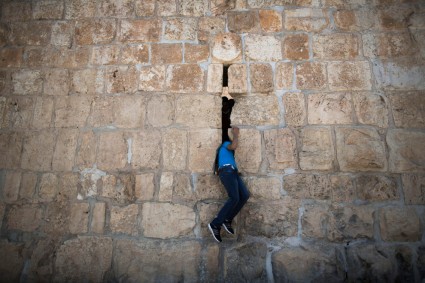 A Palestinian Muslim worshipper sneaks through a hole in the Old City wall near the Lions Gate after prayers at the Al Aqsa Mosque in Jerusalem’s Old City. (Abir Sultan/European Pressphoto Agency)