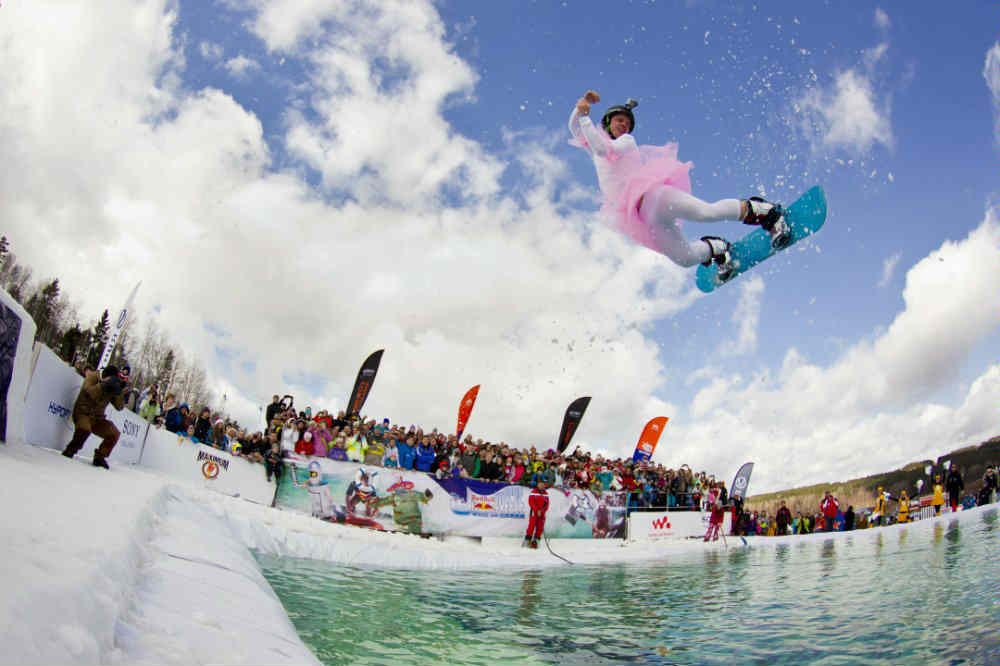 I’ve been asking Red Bull for years to organize a Jump & Freeze or a Flugtag event in Lebanon and now that it’s finally happening, I won’t be here to participate in it! I’ve watched Jump & Freeze from all over the world and it’s a lot of fun. For those of you who are not familiar with the concept, it’s as simple as that:
1- Form a team of 3 and dress up in the most creative costume you can find.
2- Make yourself a crazy little vehicle.
3- Slide down the Mzaar slope as fast as you can and pull a cool trick while jumping into the freezing pool.

Red Bull will be choosing 20 of the best teams to participate. You can read more about the rules [here] and apply using this [form]. Red Bull Jump & Freeze will be hitting the slopes of Mzaar Ski Resort in Kfardebian on the 1st of March 2015.

I will be in Barcelona that weekend so I won’t be able to make it, but I am trying to convince my brother to join in with a couple of friends and form the “Baladi team”. I already have few ideas for the vehicle and costumes.