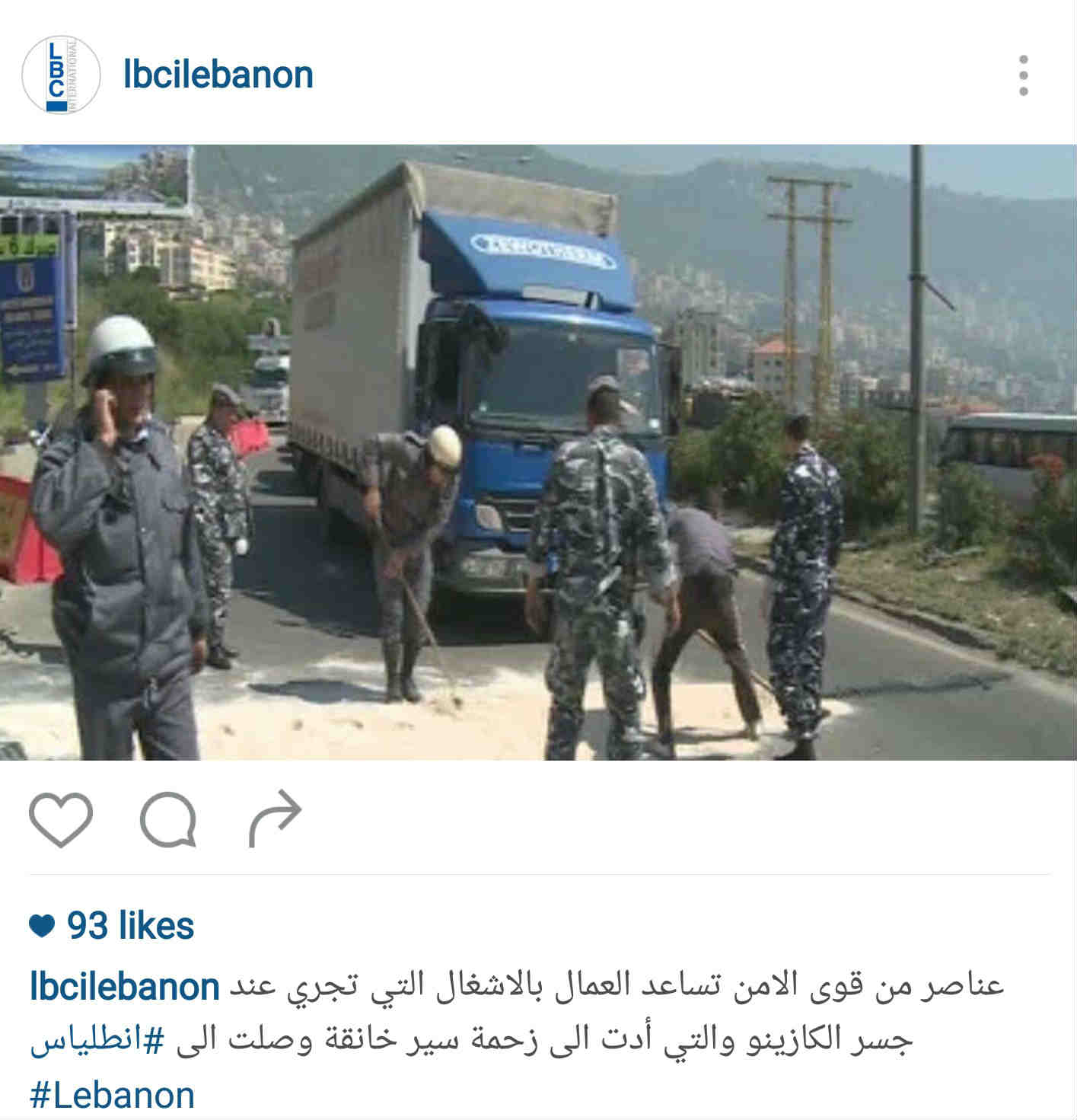 Half the country got stuck in traffic from Antelias till Maameltein because of the road works next to the Casino du Liban. I cancelled my son’s appointment at KMC because I was told I’d never make it there on time and I’m staying in Beirut till 7:30 to avoid traffic.

The best part is that the cops had to help out the workers to fix (ter2ee3) the road and clear the way for cars. I’m glad they did but they should go fine the contractor for this lousy work.

Update: The contractor apparently got arrested according to the Ministry of Public Works but that’s not enough.

PS: The works are scheduled to start at 10 PM so I’m not sure what they were doing during the day.