Roadster’s new menu and the whole new re-branding have been the talk of the town for the past few weeks and there seems to be a lot of mixed opinions on RD’s new identity and their newly launched menu. I think it’s completely normal as people tend to resist change especially if something was already working in their point of view but some are clearly over-reacting or maybe they’re too attached to the old RD identity they don’t want to let go. As I said earlier, I didn’t mind the new change and I’ve been an RD customer for 18 years now, and I’m sure RD lovers will adapt soon to the change and embrace it simply because the quality of food and service are still the same and that’s what counts the most at Roadster, not some new logo and a new table set.

Before tackling the main friction points related to RD’s new identity given the many comments I got on that matter, I will start as promised by a revisit to the new menu and the items I liked the most. I shared the sneak peek post a month ago and I’ve ordered several times from Roadster ever since, so here are the new items that I highly recommend for now: 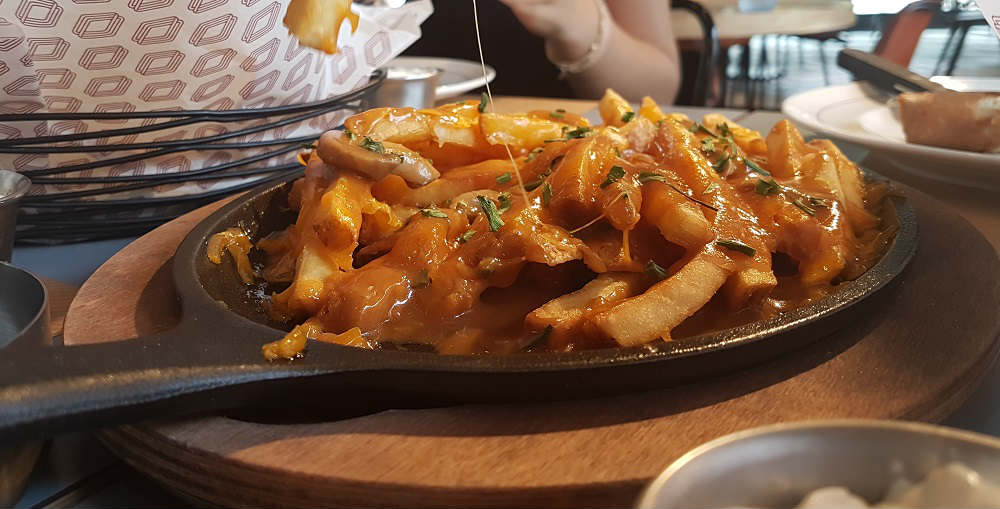 I love gravy sauce and these are even better than the Fries & Cheddar. 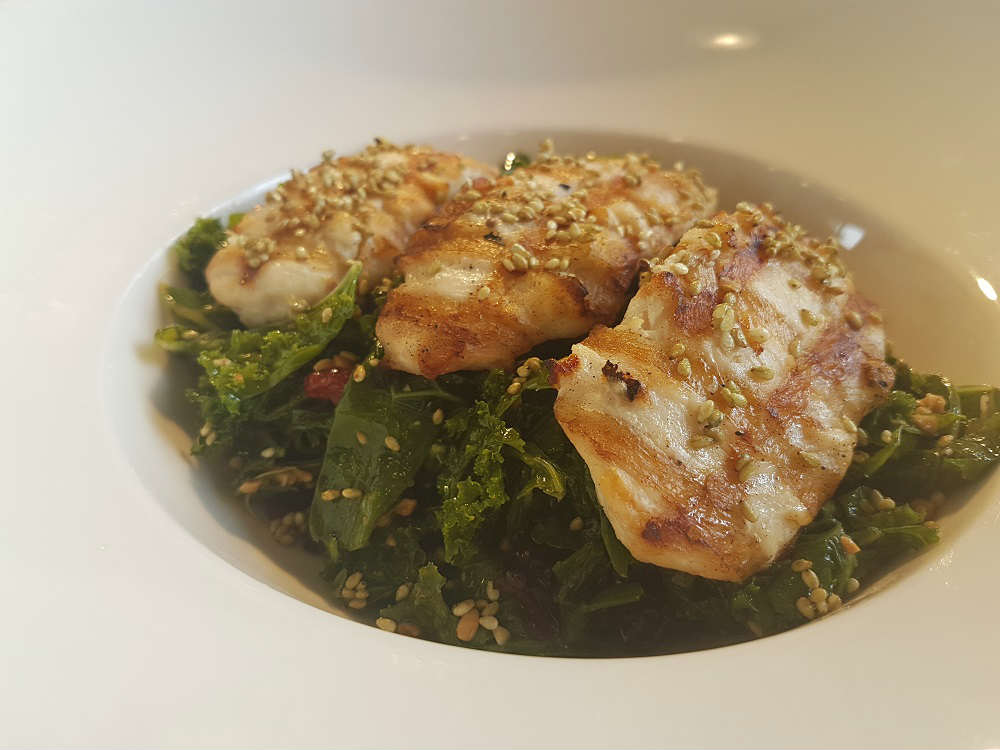 The Kale Chicken Wasabi and the Super Quinoa are the only two salads I’m ordering recently. I’m still undecided which is better. 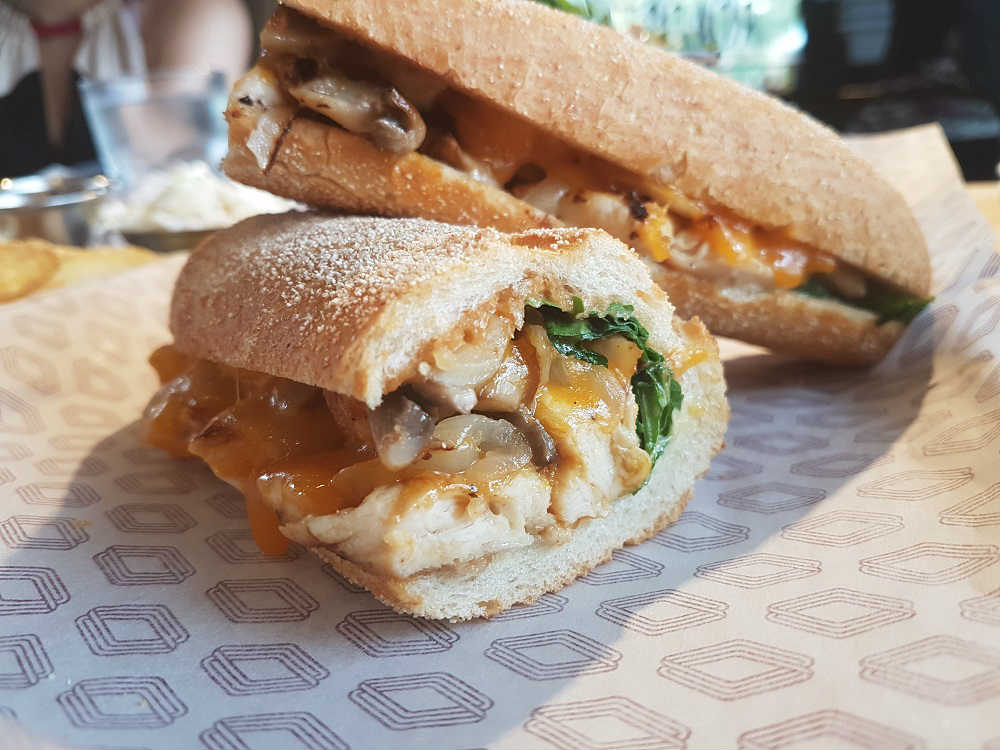 The new Philly Steak recipe is quite good but I’m ordering the Smoky Chicken more often without the mayo sauce. There’s no garlic in it which is perfect for me. 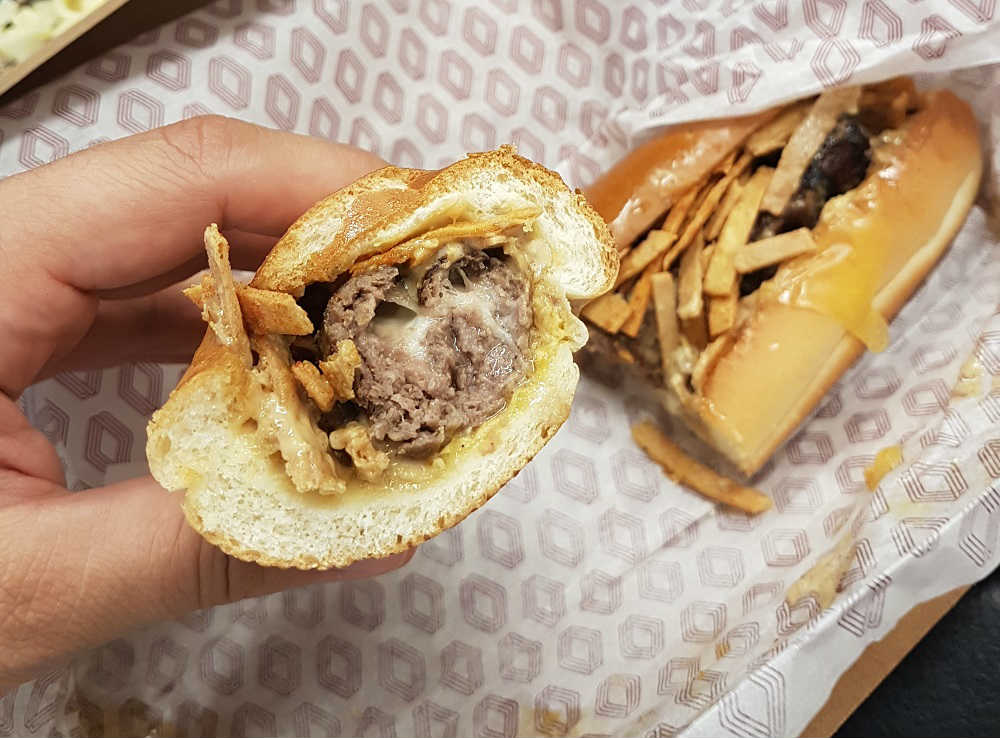 I got two of my friends hooked on that sandwich. As I said a month ago, this is the perfect meal to have on your cheat day. Nutty Betty is the other burger I’m ordering quite often, I like Peanut butter and its fits perfectly in that burger. 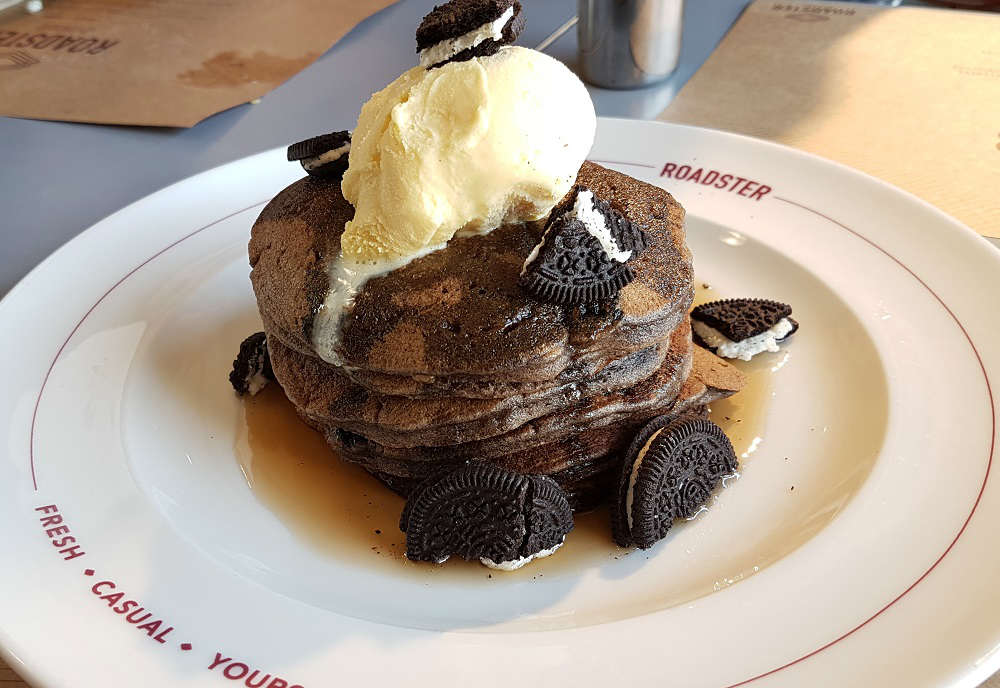 I’m enjoying these pancakes better than the chocolate ones. The Cheesecake Sundae Explosion and Lotus Cheesecake are also new desserts worth trying. 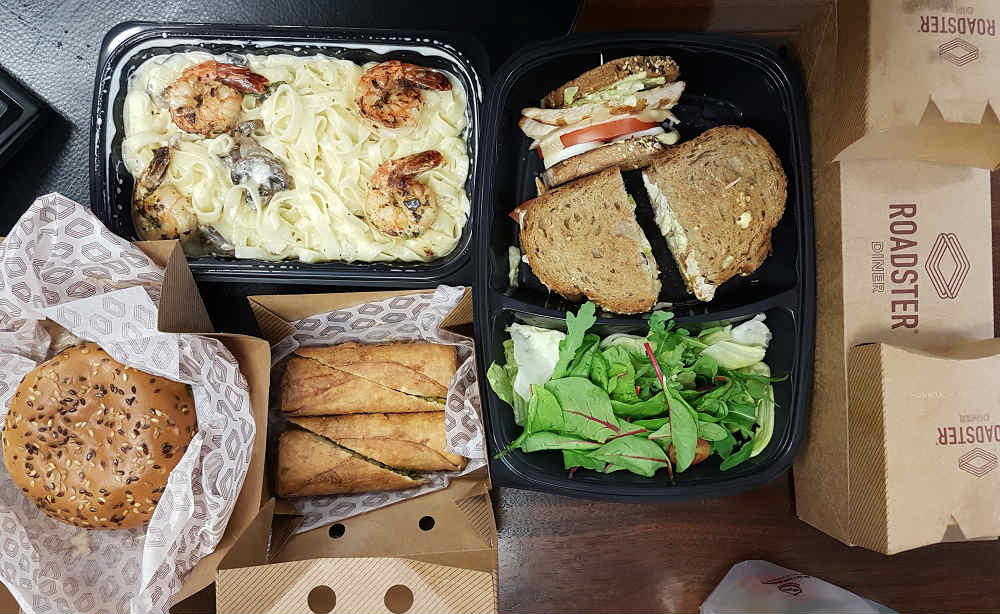 Moving on to this whole re-branding drama that’s been ongoing recently, I will share below my thoughts as well as the clarifications I got from Roadster:

Did the prices increase?
The last price increase was four years ago. Those who just realized Roadster increased its prices back in 2011 are clearly not RD customers. As for the new menu items, they are priced reasonably when compared to the existing items.

Did the portions get smaller?

I’ve been visiting Roadster and ordering regularly for the past month and the portions are pretty much the same. I thought the burgers were smaller at first but they are not and RD did confirm that they did no no alterations to any of their portions and sizes. It’s just that the plates and newly introduced wooden boards are bigger. In fact, I remember the boards were already available back when the new Angus burgers and Black burger were launched so the plating hasn’t really changed. It’s just the deeper salad plates and new sandwich trays.

Which items were removed?
The only two items that were removed and caught my attention were the blue cheese sauce and the 220 burgers but the blue cheese sauce was brought back. In fact, the 220’s were even removed before apparently but I didn’t notice because I wasn’t ordering them. As for the not-so popular items, they did the right thing by removing them, and integrating the rest into the new menu. It’s always better to have one consolidated menu without confusing extra ones. Replacing the Frankfurter with the Mad Dawg was a spot-on move.

The new logo and look:
I’ve already covered that part in a previous post and I repeat it: The new RD branch fits with The Backyard’s urban industrial feel. I like the new urban look and it felt awkward walking into an old branch a week ago.

I still have mixed feelings about the logo but I’m not gonna stop visiting Roadster because I don’t like their logo or they have less posters on the wall. That’s like a football fan saying he’s gonna stop cheering for his favorite team because he doesn’t like their new jersey lol!

For those who are curious about the new logo’s meaning, Roadster explained it as “an infinite look, and so you cannot tell where it starts or where it ends, in an attempt to symbolize the enduring relationship we have with our customers”. I could copy paste everything RD shared about the re-branding but I think it’s useless. It takes months and even years for brands to reinvent themselves and people will eventually get used to this change as it’s not a drastic one and the essentials are still there.

I’ve been visiting Roadster regularly for the past 6 months and the experience was as good as always. Mistakes do happen but Roadster have always prided themselves in following up with their customers properly whenever an issue is raised. Roadster had set the bar really high years ago when it comes to customer service and it hasn’t changed much. In fact, I was looking back at all my Roadster related posts on the blog and I remembered once complaining about tiny forks and getting a reply back from them.

All in all, Lebanese tend to over-react to everything but I think what’s happening is a healthy exercise for Roadster and its customers. I didn’t mind the old Roadster look but I am already used to the new one and I can’t even remember the menu items that were removed at this point. Roadster has always been close to its customer base and I trust they will handle this transitional phase well.