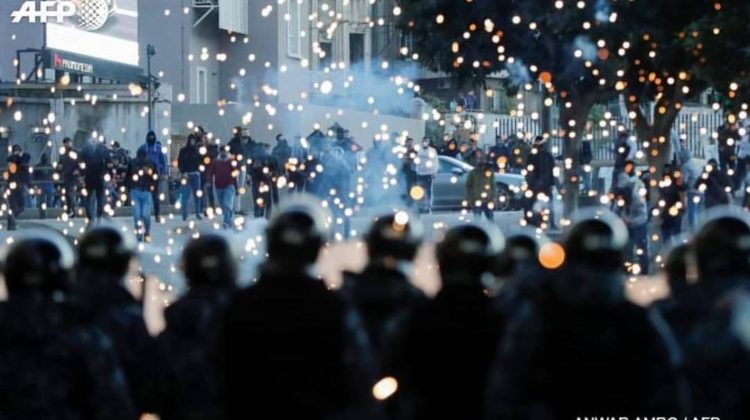 Ever since the Revolution started, the ruling parties have been trying relentlessly to undermine and demoralize the protesters and every attempt so far has backfired big time on them. We waited for the Hariri government to resign for two weeks, and we’ve been waiting for over 6 weeks for the President & PM to agree on a set date for formal consultations but to no avail.

The truth is they are ALL wasting time and playing the blame game while the country is collapsing, and the worst part is that they still don’t understand they can’t be part of the solution anymore. The only thing they can do is step aside and show support for the sake of their own people and the country. More importantly, they will have to sacrifice this time and pay the price of their incompetence.

They’ve all had their chances to prove they’re serious about fighting corruption and implementing reforms but they failed miserably, and no matter how hard they try, the Lebanese people will no longer tolerate their failures. The solutions to this crisis have been there since day1, yet they refuse to even consider any of them. Instead, they brainwash their followers and media portals into directing the blame on the revolution and fabricating lies.

If you’re asking what are these solutions? They’re quite simple:
– A government led by specialists and technocrats
– An independent judiciary committee

We don’t need more than a government of ten ministers to tackle the crisis and set up a strategy to get us out of this mess, and we have enough competent judges to set up an independent committee capable of handling objectively and professionally sensitive corruption cases. When you have a judicial body capable of enforcing the law, a competent government focused on fighting corruption and committed to reforms, the people will stand by them and the world will unblock funds or offer assistance to get us out of this mess.

The solution out of this deadlock is simple, but the road is long and painful to put the country back on the right track. 30+ years of corruption and theft cannot be undone in a one year or two but the important is that we start somewhere. Right now, they’re still fighting over their share in the new government instead of realizing the severity of the situation, and some parties still have the audacity to blame the “leaderless” revolution for this chaos.

The “genius” behind this revolution is that it’s leaderless, and that it refuses to engage in the Sulta’s dirty tricks. Sulta parties want the protesters to name representatives so that they can destroy them in the media and lure them into their short-sighted government deals, but as I said earlier, no one’s buying their sh*t anymore and it’s backfiring big time at the Sulta parties. Each and everyone of those in the past government is responsible for where we are today, and no matter how hard they try, they can’t run away from their responsibilities or try to join the opposition or the thawra. There’s no room for political maneuvers nowadays.

All in all, and for the 100th time, the authorities must admit they failed and start acting accordingly. It’s not the revolution that will assign a new government or manage the disastrous economic situation they got us into. The revolution is here to hold them and any new government they get accountable and assist if needed.