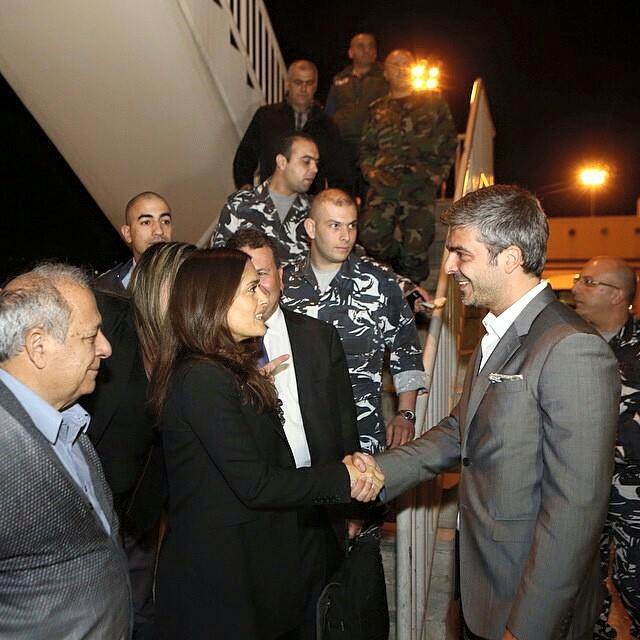 Hollywood star Salma Hayek arrived to Beirut a couple of days ago and visited yesterday the museum of Lebanese-born poet and philosopher Gebran Khalil Gebran in Bcharreh. Salma is here for her movie “The Prophet” world premiere which will be held at Cinemacity in Beirut Souks.

The premiere will be a private event and few people were invited to attend. If L’Orient Le Jour’s info is accurate, the projection of the movie will be followed by a private dinner for 300 people at La villa Rose at ESA. I was actually eager to watch the movie tonight but I guess we will have to wait till Thursday when it’s officially released. The Prophet is based on Gebran Khalil Gebran’s masterpiece and will feature a voice cast including Salma Hayek as Kamila, Liam Neeson as Mustafa, John Krasinski as Halim, Alfred Molina as Sergeant, Quvenzhané Wallis as Almitra and Frank Langella as Pasha.

PS: Salma Hayek will be with Marcel Ghanem on Tuesday.