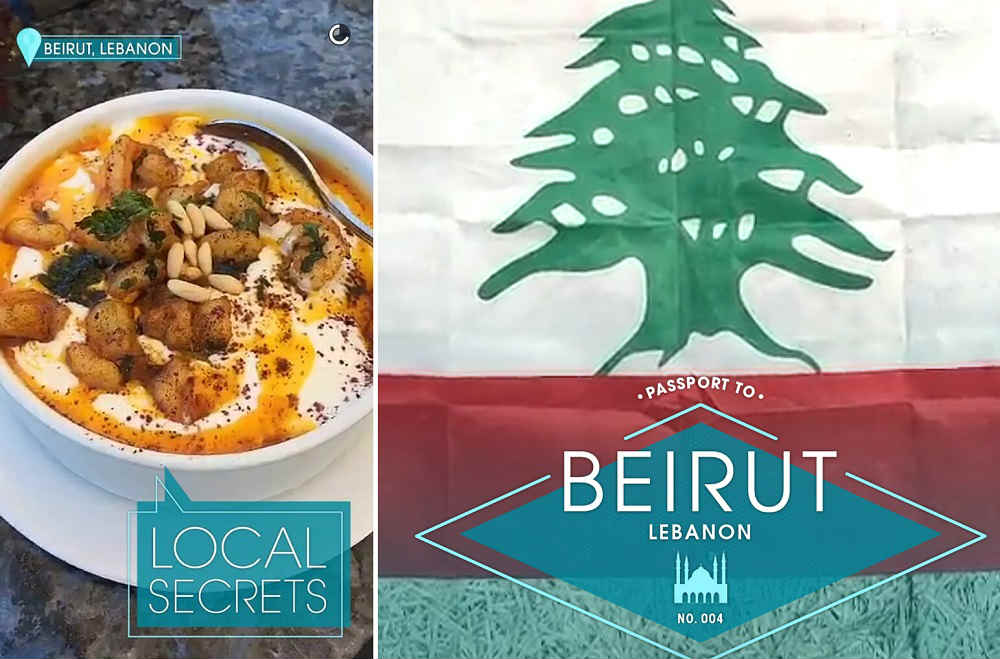 Snapchat has been featuring towns and cities as part of the “Life” Snapchat Stories and Beirut got its own Life Snapchat Story yesterday. Life stories are prepared by Snapchat and are basically a compilation of snaps from Snapchatters at events and locations around the world. Anyone can see them under “Live” on the Snapchat application.

Beirut’s story was a lousy one to be honest, but I’m not sure if I should blame Snapchat or Lebanese Snapchatters. Maybe it’s a sign that we need better Snapchatters in Beirut 🙂

Here are some of the things we learned in this story:
– Beirut’s logo is a mosque for some reason.
– Beirut is all about Ain el Mraisse, AUB and Beirut Souks.
– Maamoul is a national dessert (which we feed to pets as well).
– Fattit Shrimps is a traditional dish (local secrets).
– We sing the National Anthem everywhere we go.
– There are clowns in Beirut distributing balloons to cars rocking Ali el Deek.
– Everyone speaks English in Beirut except that motorist with his “Assalam 3alaykoum” greeting.

There are few good snaps in this story, mainly the Dabke, Oud, Wara2 Arich but that’s about it.

PS: They removed the fattit shrimps today from the story.