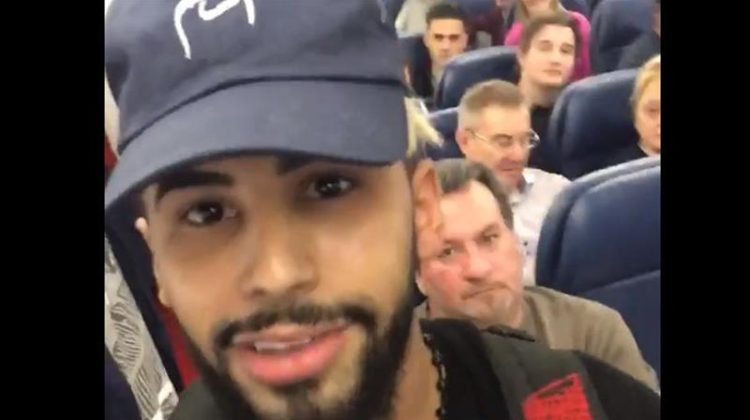 Adam Saleh, a vlogger and well known prankster, was allegedly removed from a Delta plane yesterday “for speaking Arabic” or at least that’s what he is claiming. Delta Airlines on the other hand released a statement saying “two passengers were removed because they sought to disrupt the cabin with provocative behaviour, including shouting”.

Whether Saleh was truly kicked out for speaking Arabic or not is still not clear, but there have been at least 3 reported cases that took place in the past year, one of them on a Delta plane back in August. However, the real problem is that Adam is a prankster and several of his pranks are done on planes, which are not even remotely funny and utterly stupid.

I’m an Arab and I would feel uncomfortable if this man, or any other person, tries to pull some stupid stunt while we are on a plane, and I wouldn’t mind having them kicked out for that sake. Pranks on planes should be banned and punishable by law in my opinion, simply because you cannot control how other passengers would react and you can’t just park a plane and call the cops to settle things. We wait for 2-3 hours before boarding a plane and many people have schedules to meet; the last thing we need is a prankster causing a disturbance and making a scene just to get additional hits on his YouTube channel.

Saleh may be right and Delta may need to apologize for what they did, but I will never take a prankster seriously, especially one that pulls his jokes on planes. A good idea would be for someone to prank Saleh and scare the shit out of him. That ought to teach him a lesson. 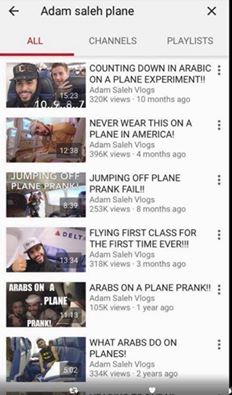