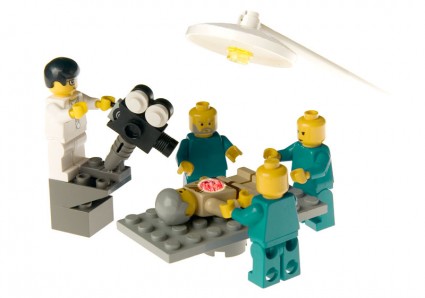 One of my lawyer friends who works in the courts told me the craziest story today.

Three months ago, a cab driver picked up a woman and her 2 years old child and drove them “home”, or what he thought was her home. Apparently, as soon as he arrived in front of some building, she asked him to wait a second until she goes up and gets money. She left her baby in the car and went up. The driver waited 15 minutes then half an hour then an hour later, he decided to go down and see where did the lady go.

He asked everyone in the building but no one had a clue of who she was. She had abandoned her child and fled. The driver drove back home and took the baby with him without calling the police. As soon as he got home, he told the story to his wife and three kids but the wife refused to believe him and called the police claiming her husband is cheating on her and stole some woman’s kid.

In order to prove his fatherhood, a DNA test and sterility test were performed on the father, and to everyone’s amazement, it turns out he can’t have kids !!! loool

So not only did the woman prove to be unfaithful, but a complete idiot as well for wanting to sue her husband in the first place, and as a result three unknown people have to pay damages for the father now.