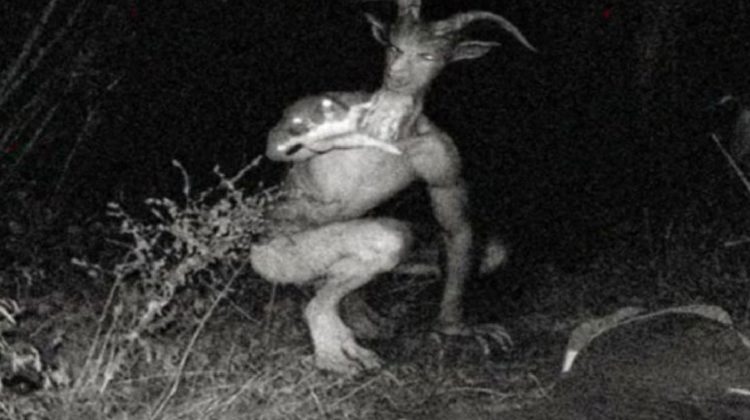 I can’t believe people still fall for such stories. Someone started a rumor that a human-goat hybrid is hiding somewhere in Choueifat and has already eaten four people, and that the security forces are after him. The picture is actually related to an ancient urban legend, known as the Goatman of Maryland, who “was once a normal human, who was mutated by a scientific experiment at a nearby agricultural research centre according to the legend”.

Even if some of you believe in such monsters, a simple way to verify if a picture is fake or not is by following these simple steps.

Whenever you are doubtful of a story or an image, run a small Google search and save yourself the embarrassment 🙂