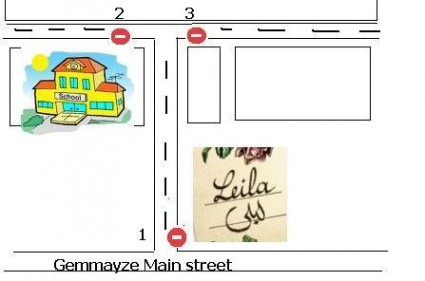 You hear a lot of funny stories about tantet el Achrafieh but nothing beats engaging in a discussion with one of them.

I was walking back to the office from Gemmayze today and had reached the small road leading to Kahwit Leila ( Previously Kahwit El 2zez or Kahwit el Gemmayze) when a car with two girls inside was going illegally downards on Road1 (see pic above). They reached the end of the road and could not go left or right as cars were coming from both roads 2 & 3. 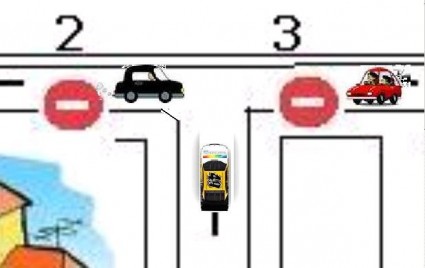 The girl driving asked me how to get to Paul claiming she’s lost but a 4×4 coming from Road 2 was getting impatient and started horning, so I told the girl to move the car to the front a bit so that the 4×4 passes. 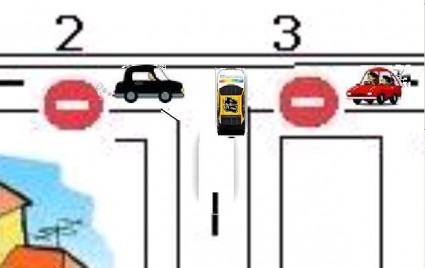 The woman driving the 4×4 had all the specifications of an “Achrafieh Tante”, as she was smoking, talking on the phone, makeup and her puppy on the right seat. Anyway, to make things worse, she decided that her car cannot pass and wanted the two girls to go all the way back in reverse. I assured her that she has over 2 meters of free space on her right and that she could pass easily, but all I got was: “Chou bta3rif a7san minne dimensionet siyyarte?”

And to prove me wrong, she kept turning the same way without using the empty space she had left and bumped into the other car and yelled “Chefet?”. 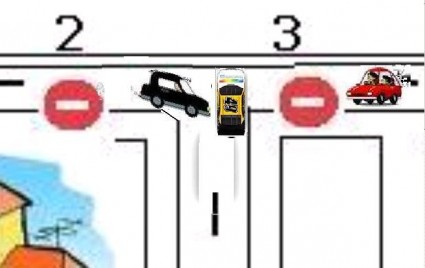 To make things even worse, the two girls did not know how to go reverse in their car, so they asked me “iza ba3rif sou2 arriere?” as if that’s an optional feature for drivers. I pulled back the car and redirected it on the right way and let the tante pass, noting that she didn’t give a damn about hitting her car, neither did the other two girls.