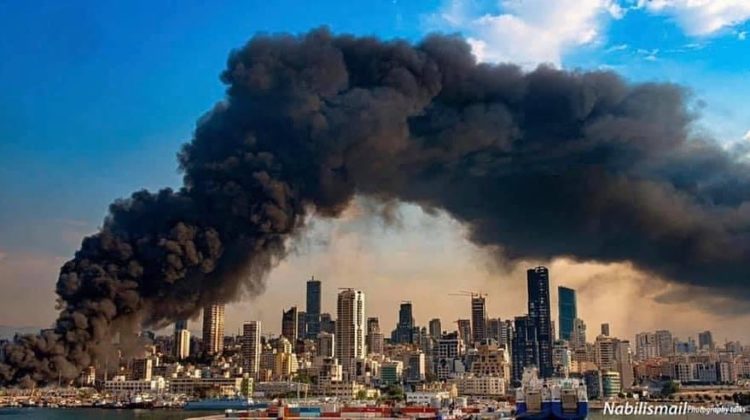 A massive explosion in August 4, followed by a small fire and today’s massive fire almost a month later. How can one be so incompetent? so negligent? so stupid? They had over a month to search the port, take preventive measures, make sure qualified people are handling the reparation works, isolate highly flammable products etc. Like seriously! How hard is it to act proactively and secure the crime scene?

The army confirmed back in August 29 that there were no longer any dangerous substances in the port, then four days later found 4 tons of ammonium nitrate, then decided to burn some residues from the explosion without telling anyone causing panic among Beirut residents, and we all saw what happened today.

Who’s leading the search there? Who’s overseeing the day to day operations? How many entry points are there to the port? It’s not like there’s much left of it anyway, so why can’t anyone handle this sh*t once and for all?

Moving on, the president & high security officials met today and decided to create a new committee and asked for a swift investigation. Where did we hear that before? A month ago of course! And where’s the investigation? No one knows.

Added to that, there wasn’t a single apology or message of support to the Beirut residents who freaked out after seeing this huge fire and are still struggling with the traumatic effects of the catastrophic August 4 explosion. Did they forget already what these people went through? that half of them can’t go back to their houses yet?

I really want to believe that today’s fire was set-up and that there’s a conspiracy to burn further evidence from the crime scene, but I think a more plausible scenario is that we’re led by a corrupt, ruthless yet stupid group of individuals. They will use this fire as a diversion to make us forget the ongoing investigation and it won’t be long before they surprise us with a new f*ck-up, because that’s the only thing they’re good at.

They have no idea what’s happening at the port, it’s an organized mess just like this whole country is, and they couldn’t care less. They never did and never will.