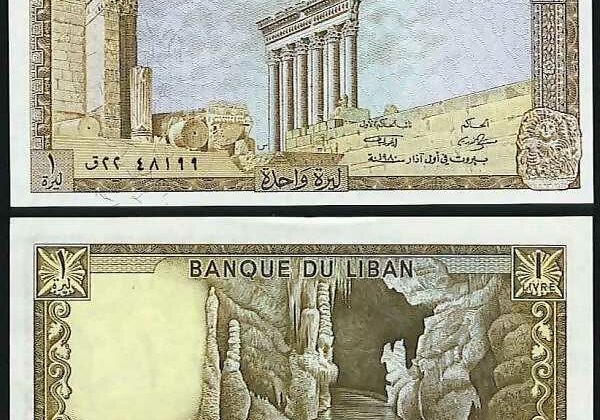 Lebanon issued its first coins in 1924 in denominations of 2 and 5 (قرش) with the French denominations given in Syrian piastres. The first banknotes were issued in 1925 and it was only in 1939 that the Lebanese currency became officially separated from the Syrian one. Every three Lebanese pounds were worth 1 US dollar before the Civil war, but it devaluated in the mid/late 80s and the rate was later fixed at 1507.5 Lebanese pounds = US$1 up until 2019. We still don’t know what the new “official rate” will be but it probably won’t be less than 5000 LBP for every dollar.

Check out this nice short video describing the various stage of the Lebanese Pound evolution since 1920.