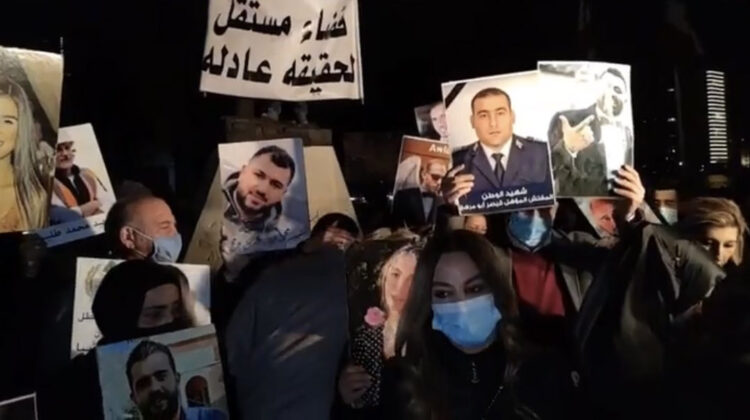 On the 4th of every month, the wounds of those who lost their loved ones or their homes at the Beirut Port explosion are exposed again. It’s been 17 months and families and friends of the victims are still taking the streets to demand justice, to stand by Judge Bitar and anyone fighting for their rights.

In the mean time, we still have corrupt politicians fighting and bickering over their thefts, challenging the juridical system and the honest work of judges, naming and shaming families of the victims, and worse divert attention from the port investigation to other meaningless matters.

This being said, keep pictures of your rotten Zaiims, security chiefs, corrupt party heads and dead generals to yourselves and leave the billboards for victims of the blast. These are the only ones we want to see on our highways and roads to be reminded of what this rotten political class has done to us. Hopefully this way, some people won’t forget what happened by the time elections take place.