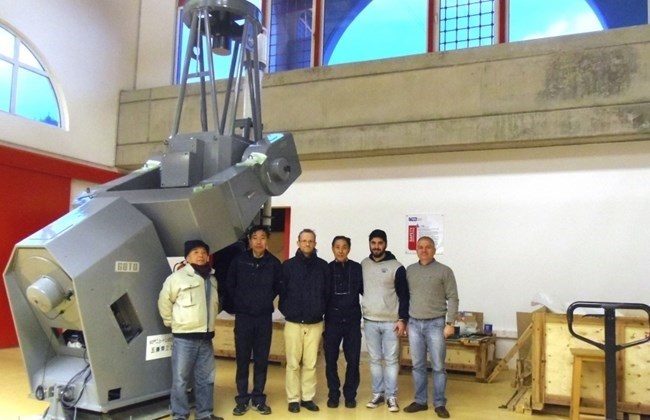 NDU astrophysics professor Roger Hajjar is hoping to find donors to build an observatory at one of the highest peaks in Lebanon [3,073 meters], after receiving from Japan a 60-centimere telescope as a donation. Hajjar stated that they’ve been in talks with the Bsharri Municipality, securing access to utility services to the site and finalizing the area selection for the last couple of years, and all that remains is signing a MOU, and getting the necessary funds of course.

“This will be the highest observatory in the Arab world, higher than the National Observatory in Turkey,” Hajjar said. The only other observatories in the world at a comparable altitude would be those in Switzerland, Ethiopia, India, Chile and Hawaii, he added.

This is pretty awesome news. Half a million dollars to promote such an ambitious project shouldn’t be hard to get.