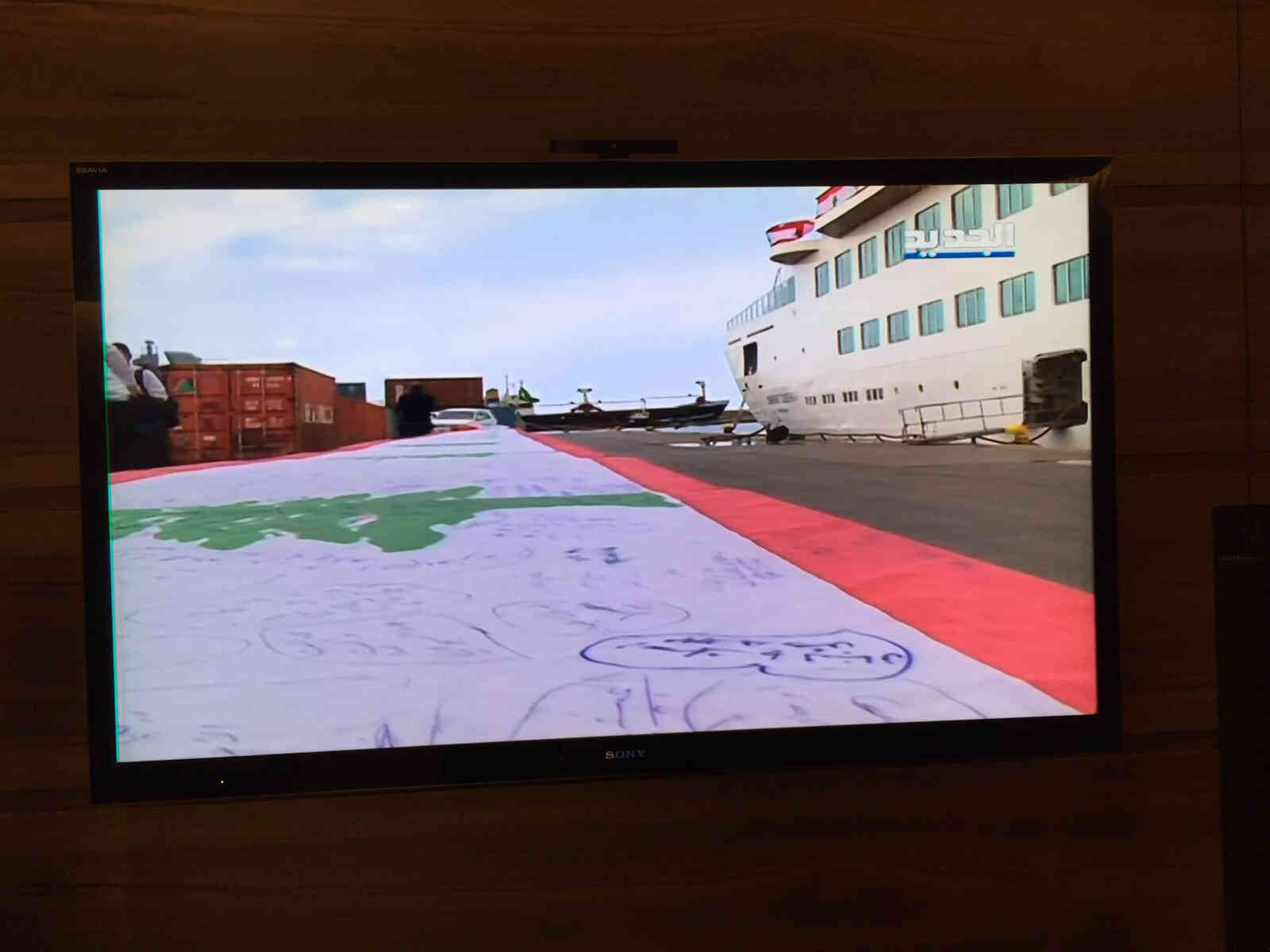 Back in August, I got an SMS asking me to donate money in support of the longest Lebanese flag and to go down and sign it on Martyrs Square. The message also stated that the entrance was free (to Martyrs Square???). The event got cancelled due to protests back then but I received another SMS a week ago asking me to donate $1 to raise the Lebanese Cedar in the whole world and preserve our existence. I’m guessing the last message is related to the event that took place today in Beirut where the largest Lebanese flag was signed by celebrities and placed on a boat that will roam the Lebanese coast and reach 52 different countries.

I’m still trying to make sense of this event but I’m unable to. Is it really the right time to waste time and money on such a thing? How will signing the largest Lebanese flag and sending it around the world help us resolve the garbage crisis? Moreover, do we need a huge Lebanese flag to start building a house for the elderly by 2018? How much did that flag and event cost? And who’s covering the trip expenses around the world? Can’t we help old people right now with all this money? Only last week, I posted about an old man who lived on the street and committed suicide because no one was helping him.

All in all, there’s no harm in raising our Lebanese flag all over the world but you don’t need the largest Lebanese flag for that. As for Lebanese abroad, I’m sure they’d love to sign the flag and dance dabke around it but what they really want is to be involved in what’s happening here and be able to vote and change things.

PS: This same 4-digit number was asking me to help multiple sclerosis patients to beat the disease back in May 2015. 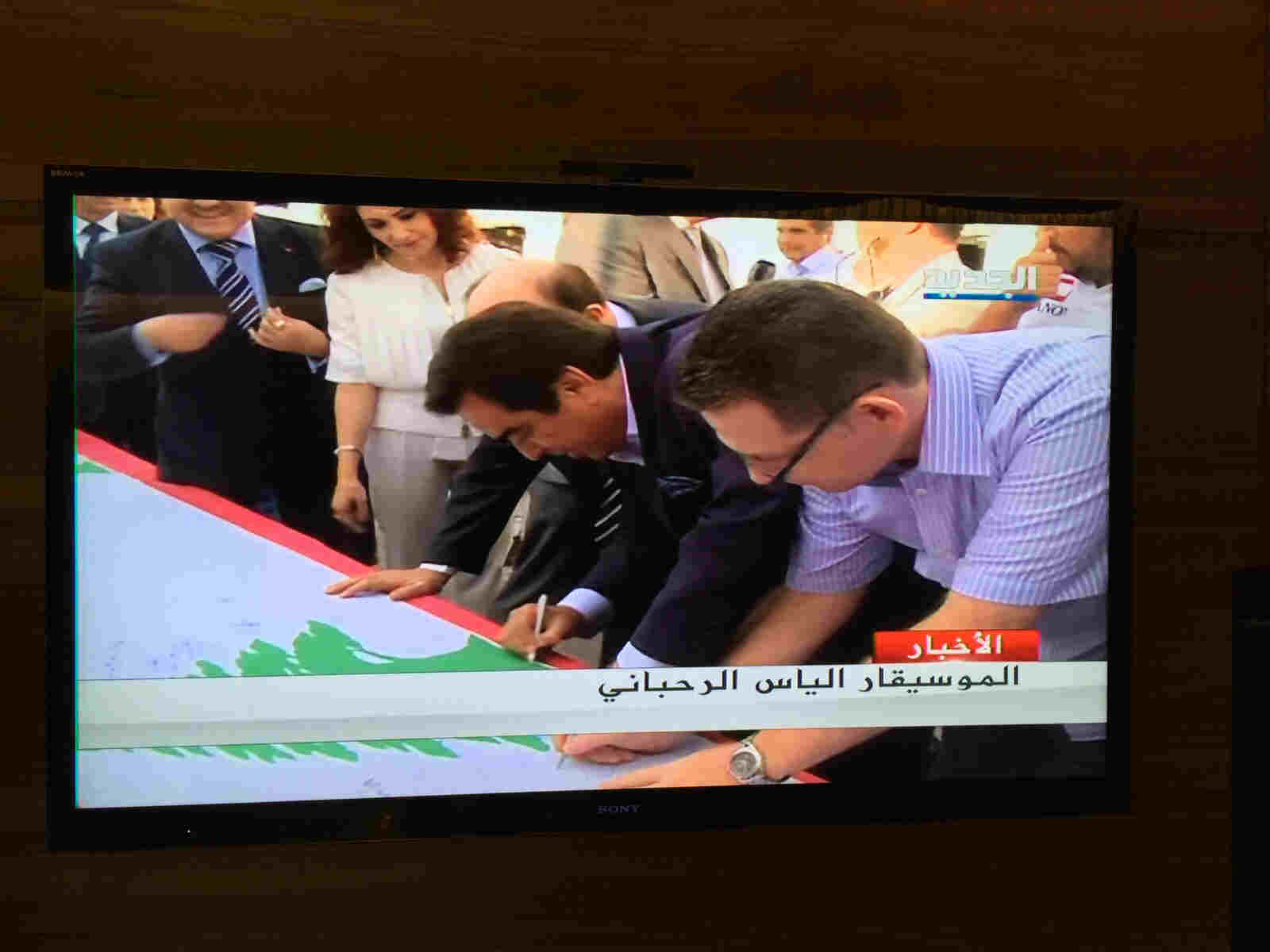 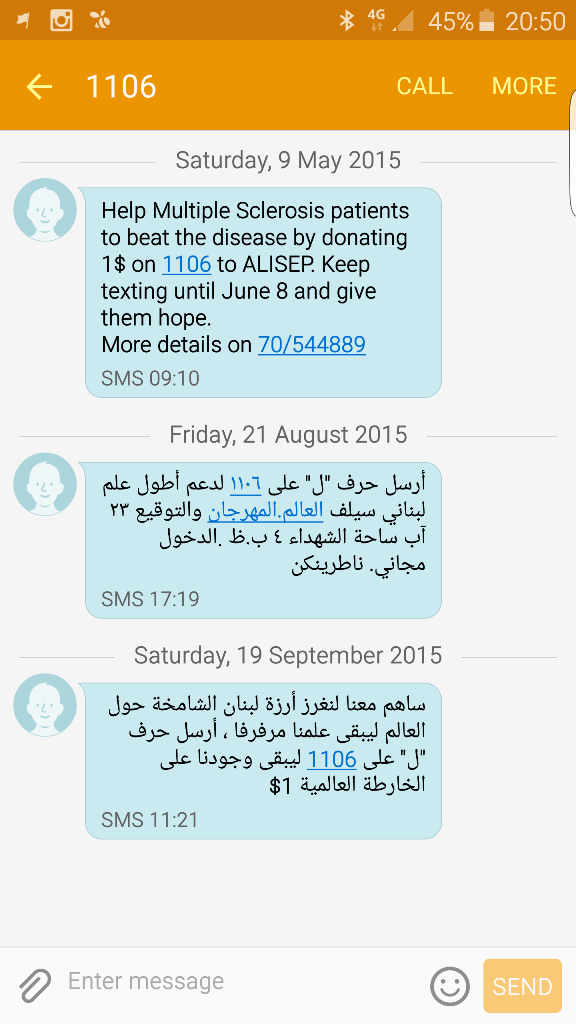