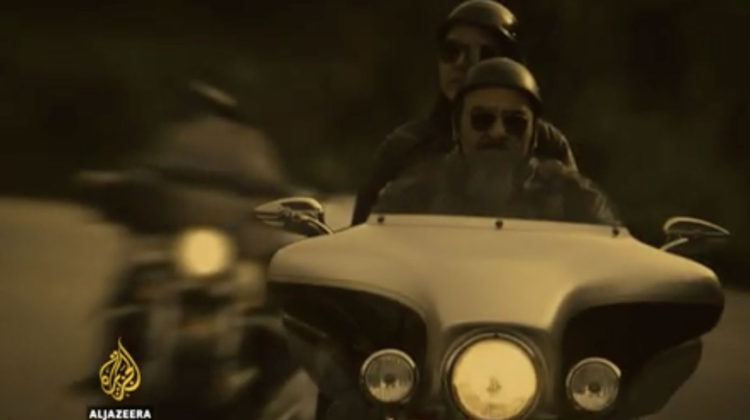 I just finished watching Al Jazeera’s 47-minute long report on Lebanon’s Harley-Davidson Club, and how it was founded by four bikers who all used to fight on different sides in the Lebanese civil war. George Greige is Maronite; Marwan Tarraf, Shia; Jamal Kahwaji, Sunni; and Ghassan Haider is Druze and their love for bikes brought them together.

I’ve had the chance to meet some members of the local Harley-Davidson club but I had no idea how it was founded or who was behind it. I never imagined the story would be as awesome as that.

The Harley-Davidson Club in Lebanon was founded in 2006. Here’s an excerpt of the full video: