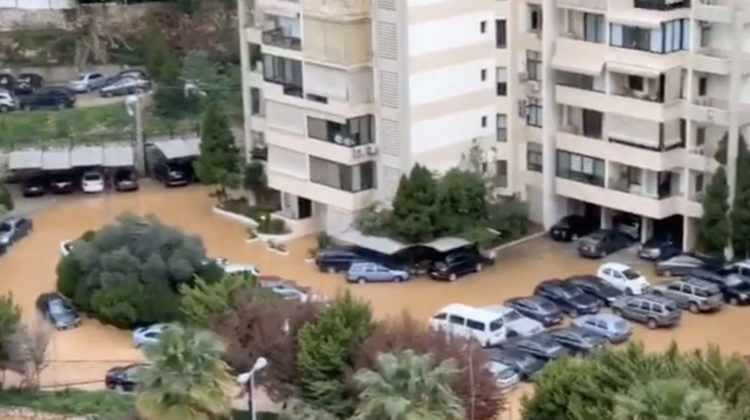 We were reminded once again in the past few days on how mediocre our infrastructure is. Heavy rains and snow turned the streets into rivers of water and mud, highways were flooded, damaged and closed, people were stranded for hours in traffic.

There’s no doubt that we’re not used to such storms all the time, but given how badly prepared the authorities were and the shitty condition of our roads, I think we’re quite fortunate to have had only few casualties and deadly accidents and we should be more than thankful to all the units and volunteers who worked day and night to keep us safe. Of course, Lebanese never miss a chance to make jokes out of any situation and some of the stuff shared were hilarious but others were inappropriate. For example, after sharing Sylvio’s surfing stunt in Dbayyeh yesterday, I was reminded that he’s a member in Jounieh’s municipality and that he should have acted accordingly instead of surfing among cars stranded in traffic (so I deleted it). Also, the Minister of Public Works was bragging about handling this storm in a better way than previous ones while half the country was still flooded in water and mud.

All in all, we should count our blessings for not having to face such powerful storms every year or more than once a year, otherwise we’d be in deeper trouble, knowing that quality of roads in Lebanon ranks among the worst worldwide and there are no clear signs of any planned improvements.