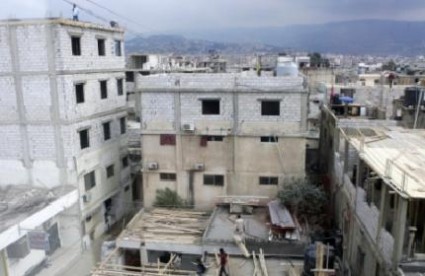 I posted few weeks back on the cheapest way to get a house in Lebanon[Link], turns out there’s a cheaper way that I’ve missed.

Apparently some guy has been building his house on illegal property since it’s the latest trend nowadays in Lebanon. After he finished the first floor, he stopped the construction work. Few months later, he went on a trip and upon his return, he found out that one of his neighbors was building the second floor above him. Turns out the neighbor liked the spot also and decided to build on top of the illegal first floor lol!

This was mentioned during one of Kalam el Nass’ episodes on LBCI with Marcel Ghanem.