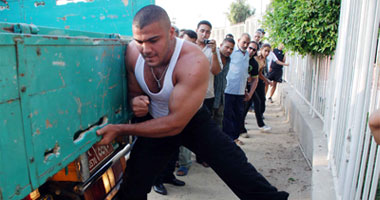 I thought nothing could beat UFC’s action but it looks like we are one step away from having gladiators again.

In an unusual move to revive Egyptian tourism, a young Egyptian man has announced he will fight an African lion. Al-Sayed al-Essawy said he bought the lion, which weighs 280 kilograms, for $4,200 and he’ll use only an iron shield and dagger to defend himself… but will kill the lion with his own hands. [Link]

Not even Lebanon’s Chamchoun dared such a thing.

I truly hope the local authorities will stop him from this barbaric act as I don’t see how killing a lion could revive Egypt’s tourism.