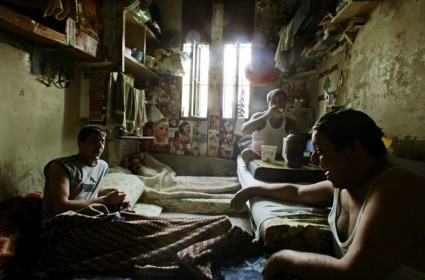 Three guards were given a monetary award by Ashraf Rifi for preventing a massive escape attempt from the Roumieh Prison. The inmates had prepared four 17-meters ropes from the tower to the outer wall of the building and had already cut the iron bars that separate the building from the tower.

Now one would wonder why are we thanking and rewarding those guards for? After all they are doing their job, but when it comes to Roumieh, the guards are apparently so corrupt that it’s hard to find someone actually doing his job.

Having said that, I was thinking yesterday on how hard it is to set up an electric barbed wire around the prison with watch towers as it’s the easiest thing to prevent prison breaks but then I remembered 24/7 electricity is a luxury few people can afford in Lebanon.