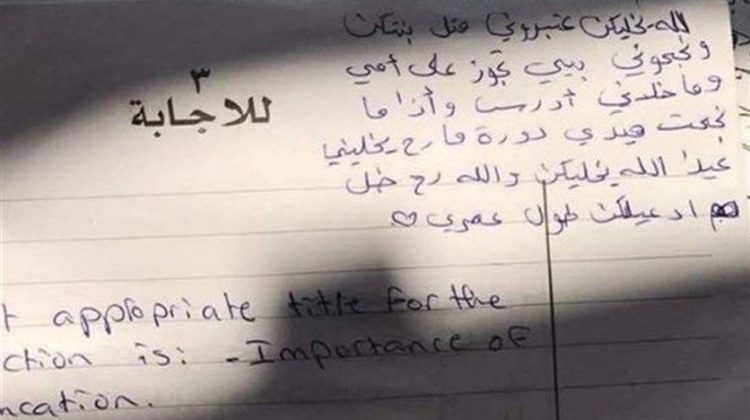 I’m not sure if this is some new trend, but I’ve seen at least two Lebanese teachers sharing notes left behind by their students during the official exams. A lot of teachers do that and it’s mostly funny but I’m not sure if it’s the right thing to do, especially when the student is sharing personal information, such as the picture above.

Apparently, that student is going through some family issues and is begging the tutor to let her pass because her father won’t let her sit for the exams if she fails. Is that really something worth sharing? If anything it should be reported privately to the authorities or the school to investigate what’s happening. 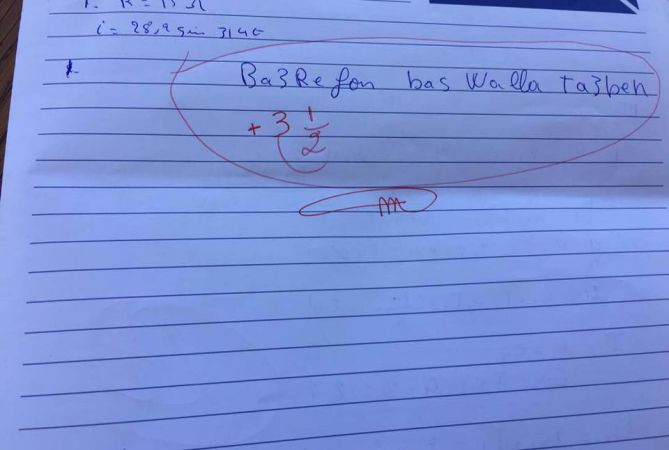 This is another note left out by some lazy student, who claimed that he knows the answer but he’s too tired. The teacher gave him 3.5 points for that answer in an attempt to motivate him and send out a message that schools are putting too much pressure on students.