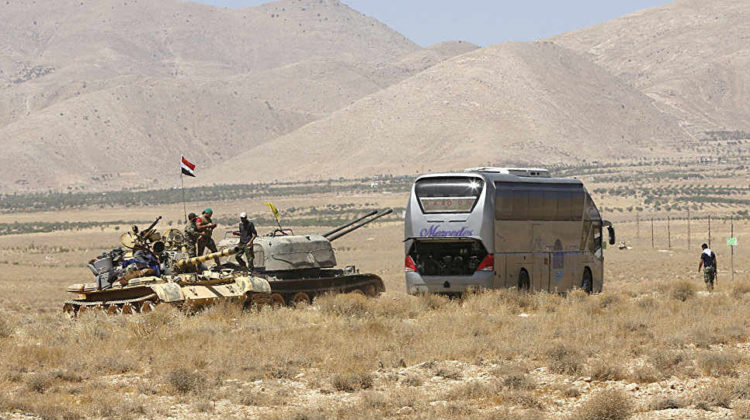 Choukran Trump? Not really but it’s good to hear the convoy of Islamic State fighters that were given a safe passage to an ISIS-held territory near Iraq was stopped. Other airstrikes targeted militants racing to join the buses as well [Source].

These airstrikes leave the ISIS convoy stranded in an area dominated by the Syrian government and its allies, but that doesn’t mean it will stop them eventually from reaching the ISIS-controlled area. After all, the original deal was struck with Assad & his allies allowing over 600 ISIS fighters & their relatives to be transferred from the Lebanese-Syrian border to a Abu Kamal.

This is not what we all expected when the Lebanese Army initiated its offensive and I still don’t understand why we would leave terrorists flee the country when we had them cornered.