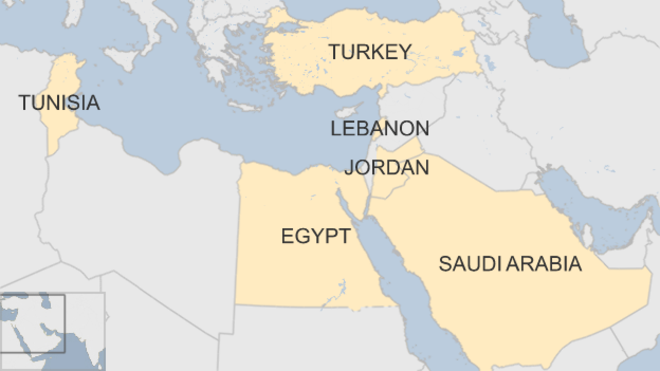 After US authorities banned electronic devices from cabin baggage on flights from more than 10 Middle Eastern and North African countries, the UK followed suit and issued a similar flight ban on anything electronic larger than a normal smartphone for direct flights from Turkey, Lebanon, Jordan, Egypt, Tunisia and Saudi Arabia.

The British government has announced a cabin baggage ban on laptops on direct passenger flights to the UK from Turkey, Lebanon, Jordan, Egypt, Tunisia and Saudi Arabia. The ban, which also applies to tablets and DVD players, follows a similar US move affecting eight countries. Downing Street said it followed talks on air security and was “necessary, effective and proportionate”. [BBC]