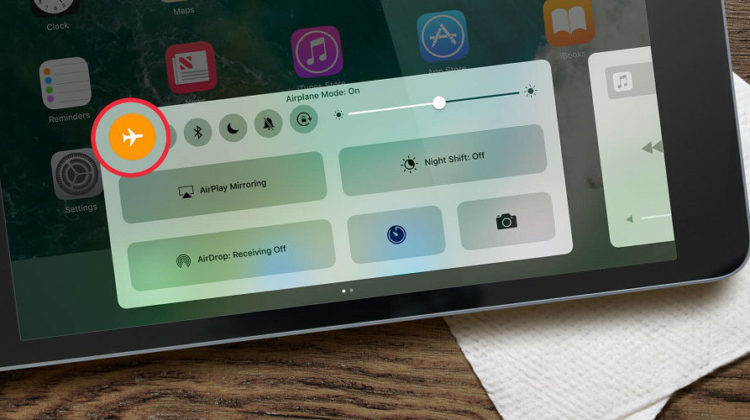 CNN, BBC and The Guardian are reporting that the US authorities have just banned electronic devices from cabin baggage on flights from more than 10 Middle Eastern and North African countries.

The requirement would forbid passengers from bringing laptops, iPads, Kindles and even cameras larger than mobile phones into the cabin. Royal Jordanian tweeted about this new ban but then later on deleted it, but Etihad Airways and Turkish Airlines confirmed receiving a new directive from the U.S. government. 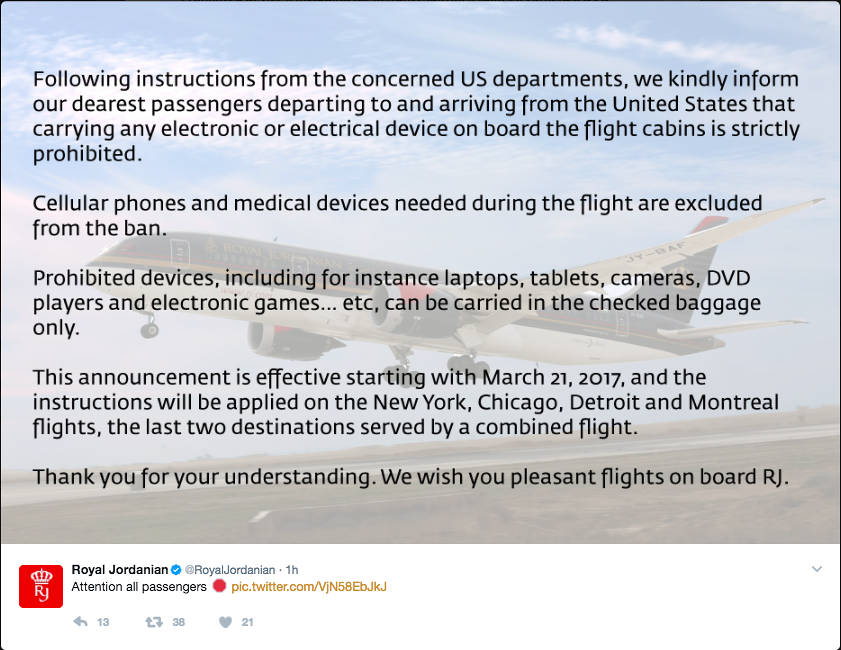 I’m not really sure if this is just a security-related issue or a way to give an advantage to American Airlines that have long been complaining about the competition posed by subsidized carriers such as Emirates, Etihad Airways and Qatar Airways. Emirates airline bookings plunged 35% after Trump’s original travel ban and despite recovering slowly, remains lower than before the ban. Let’s see how this new ban will affect airlines.

Here’s the list of airport impacted by the ban as per BBC (not official yet):