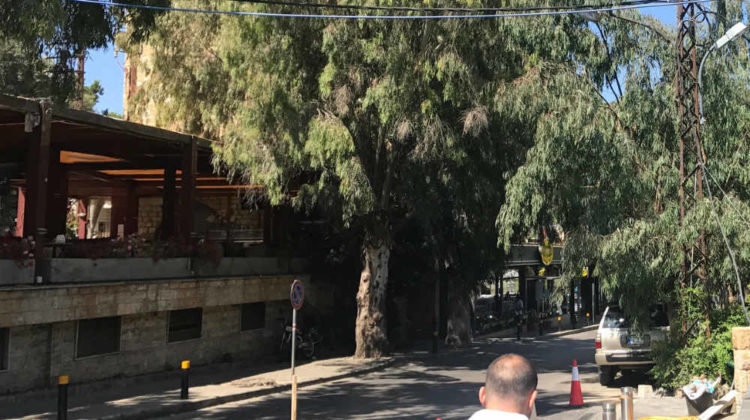 I headed to Broumana on Saturday to visit the Mar Chaaya farm and show Brian the animals there. I didn’t get expect the farm to be that small and the visit to be that short so I thought we head back to the town and pass by Souk el Akel and the Flashback exhibition at Printania but I ended up going back home.

The reason why I left is because ALL parking spots in Broumana were taken by the Valet Parking companies and by all I mean ALL of them, including those on the side road, in the alleys and on every corner! I drove around Souk el Akel and Printania three times and couldn’t find any spot so I ended up leaving. Later that night, a fight apparently erupted between Valet guys and some driver and even though I couldn’t verify the story, I’m surprised it’s the first time I heard about a fight up there because this valet “invasion” is ruining Broumana to a lot of people, including myself.

They cause more traffic, they don’t let you park, they overcharge you and many are rude to drivers who don’t want to give their cars away. Gemmayze & Mar Mikhael were already ruined by the Valet guys, and it looks like Broumana is next.

Broumana’s mayor apparently issued a memo stating that public parking spaces should be available to all and cannot be booked by anyone, but I doubt that he or the municipality will be able to enforce it. In fact, I don’t think these valet companies are operating without the municipality’s consent in the first place.