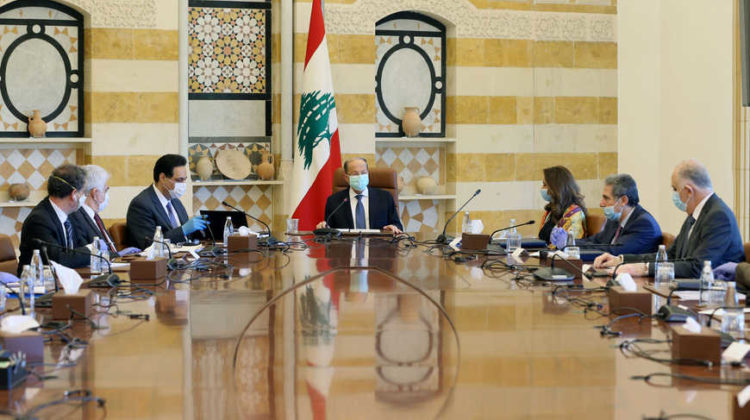 In this week’s WTF news, Hassan Diab’s so-called technocrats cabinet has decided to reschedule their weekly Thursday session to be held on Wednesday for one reason: Amal’s candidate to the Ministry of Economy, Mohammad Abou Haidar, turns 40 on Thursday and would have exceeded the legal age by then.

It gets better though: One can argue that this is a technicality as this man needs to fill a vital position, but a closer look at his profile reveals that, well, it just doesn’t add up. Several websites, including Annahar shocking enough, shared articles suspiciously praising the man while others shared his non-existing CV.

I looked into Twitter and his account had disappeared for some reason, even though it was there few weeks ago or a bit more I’m not sure. I looked at Linkedin and after getting two dead links, I finally found his page which is quite impressive but still a bit confusing. A physiotherapist getting an MBA, then a PHD in philosophy, a PHD in physical therapy and then a BS in political science from a university I’ve never heard before? And where’s the Philosophy doctorate program on that French university’s website?

Looking at his work experience, he was a hotel’s health manager at 24 then an advisor to the minister and a senior technical lead for WHO at the same time, then worked as an advisor to the minister of Public Health, Project Manager for the Iraqi Red Crescent Organization in Beirut, Global health care advisor before spending four years at UNDP as Consumer protection and Food Safety Coordinator and Quality Development Officer. He’s also the Secretary General of the order of physiotherapists.

The real problem is not whether he’s qualified or not to be honest because his profile says he has two doctorates and a lot of experience in the health field but the ambiguity surrounding his nomination and the nature of the position. Why would an experienced physiotherapist and expert in the public health field be fit as a director in the Economy Ministry? How did they make the link between his career path and this position? And is he that good for the cabinet to reschedule a cabinet for his sake? What are the criteria being set for this job?

It’s about time we are offered some transparency as to how these nominations are being done. It’s also time to revise a lot of positions within the ministry to cut costs.