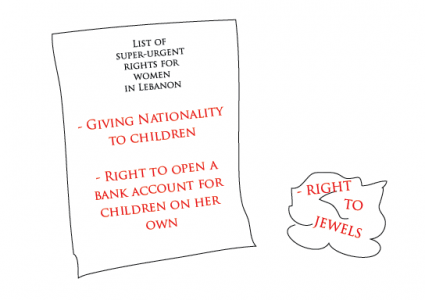 Nasawiya is a collective of feminist activists that’s been asking women all around Lebanon about the challenges they face in Lebanon and what changes they would like to see in preparation for Women’s Day on the 8th of March.

You can watch the video here.

It is quite funny that a lot of Lebanese women I’ve discussed this matter with think it is men who should claim back their rights lol! Of course they are referring to the fact that Lebanese women generally have a strong character and tend to control their men or at least have a heavy influence on them, but that doesn’t mean those archaic laws should be kept “16 ta7et el zefet” as they currently are.