I’ve given it some thought and the “financial and personal dispute” argument presented by the ministry of interior to justify yesterday’s blast could be plausible.

Why is that so? Four possible scenarios.

Note: I will be referring to both victims as Terrorist1 and Terrorist2.

Scenario1: Terrorist2 thought he’d impress his boss Terrorist1 and turned the mission into a suicide bombing one. What happened next obviously explains why he flunked his Intro to Suicide bombing class. 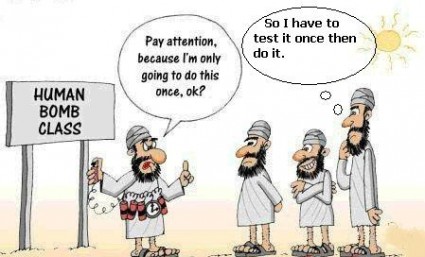 Scenario2: Terrorist2 thought he spotted Bush passing by so he threw his shoe and hit Terrorist1 instead. Terrorist1 is pissed off and throws the bomb at Terrorist2 and Kaboom! 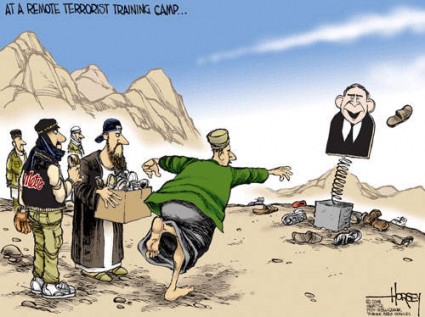 Scenario3: Terrorist1 & Terrorist2 were gays and given the kneeling position Terrorist1 was presumably in when the blast occurred, he had issues with his partner’s sexual urges to try out new things, so he decided to blow himself rather than live in shame for what he’s about to do.

Scenario4: This in my opinion is the most credible of all the scenarios. Terrorist1 was working hard on setting up the bomb only to find out Terrorist2 borrowed some money from him and went to get a Cheese man2oushe from Bechara and did not get him one back. Terrorist1 wants his money back and starts a fight before he mistakenly set off the bomb.