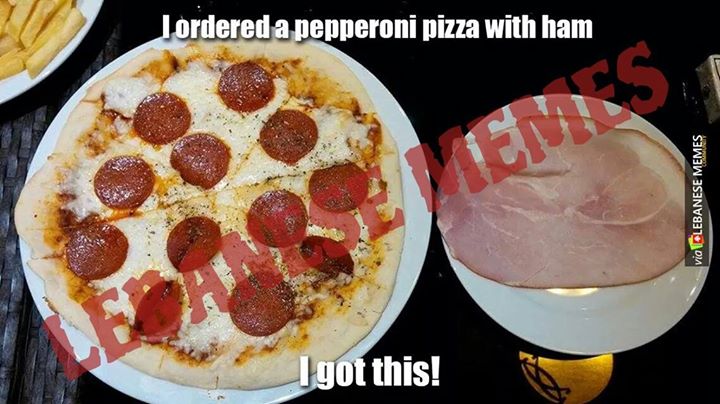 This story took place on the first day of the year and was shared by LebaneseMemes. A group of 11 people visited a restaurant in the Cedars on January 1 and ordered a pizza pepperoni with ham among other things. That’s what they got apparently lol! Here’s what the chef said to explain it: “I didn’t incorporate the Ham in the pizza because I was worried the waiter would make a mistake and serve it to someone else”.

The restaurant staff probably hadn’t recovered yet from New Year’s Eve but that’s still hilarious! The pizza looks good by the way.