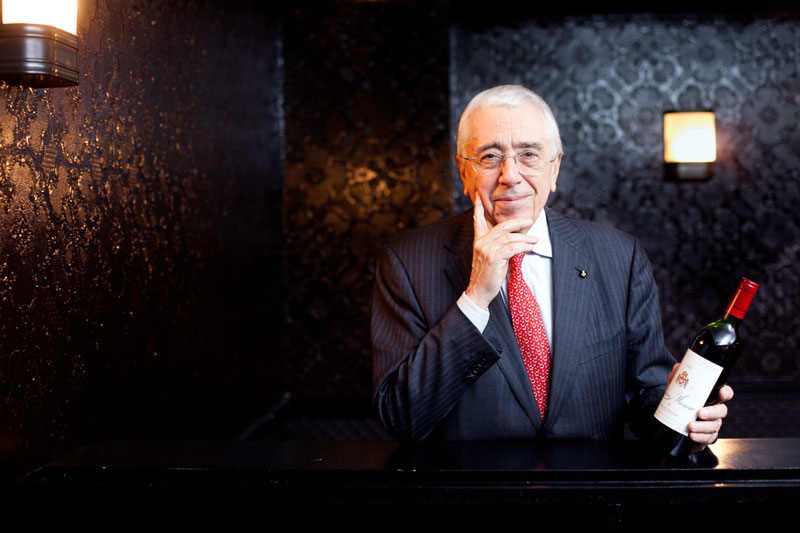 Lebanese wine industry legend Serge Hochar and the owner of world-renowed Chateau Musar has died in a swimming accident on New Year’s Eve in Mexico. Hochar is considered as the father of Lebanese wine and has helped Lebanon’s wine industry reach international acclaim.

Hochar studied the wine business in France and took over his father’s vineyard in 1959. In 1967, Château Musar’s reds won international approval and helped put Lebanon’s modern-day wine-making on the map. He was named Decanter magazine’s Man of the Year in 1984 for continuing to produce wine during Lebanon’s 1975-90 civil war, mostly from vineyards in the Bekaa Valley.

Ms Gilbert wrote about what you did, at 11 o’clock one morning in 1990 when Beirut (and your own apartment building) began to shake from shells dropped during a Syrian assault. You should have run to the bomb shelter. Instead you slowly poured a whole bottle of your 1972 Château Musar into a decanter, walked to the bedroom of your apartment, and closed the door behind you. For twelve hours you sat, and you listened. To the shelling, of course. And to the wine.

“What do you have to say to me now?” you asked your wine, hour after hour, sip after sip.

And you survived that day. Somehow. Your winery did too, on the land of Lebanon and in the marketplace of the world.

You and your Château Musar have been the standard-bearer of wine from Lebanon, and from nearly the entire region, for a generation. You have inspired people you weren’t supposed to inspire. You have resisted others. You have persevered. You have relished life.

What’s better is that you have toasted it.

In some ways the current generation of winemakers in Lebanon operate with a different agenda than you did, and that too is as it should be. Times have changed, as you knew, and so have motivations, and politics, and even war. But there is no arguing that you have shaped the landscape of wine in the Middle East, and the concentric circles of influence that emanate outward from it.

For that I toast you, M. Hochar.

I toast your perseverance.

And I toast the lesson of listening – to the land, and especially to the wine.