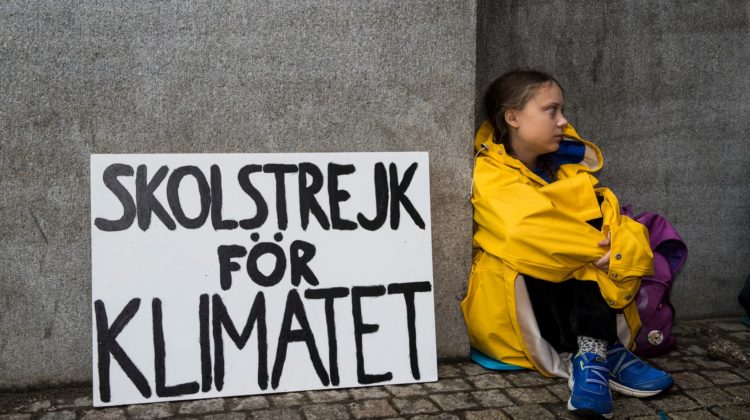 A 16-year old activist was able to inspire millions to protest in the streets in the past few weeks and was addressing world leaders at the 2018 United Nations Climate Change Conference. Greta Thunberg has got the world’s attention and is inspiring more and more young people to engage in similar protests in their own communities. Similarly, the “haters” are out there to criticize her going after her looks, her behavior and challenging her climate crisis campaign.

Thunberg was featured on the cover of Time Magazine, which named her a “next generation leader” and her school strike movement was also featured on a Vice documentary. World leaders might be still not listening to Thunberg but the impact she’s having on young generations will eventually be felt in future elections, protests, polls etc. More importantly, those who dared criticize or mock her faced a major backlash and some went as far as issue apologies, which brings me to my point:

What can we learn from Greta?

There are several protests taking place in Lebanon today but it’s unclear who’s behind them or who they are directed against, but one thing’s for sure: They will not lead anywhere because most protesters based on past experiences have hidden political allegiances and tend to direct their anger towards political opponents, while those who are truly revolting against all parties get left behind. In other words, people are angry and they want to revolt but not against their Za3im, thinking the others are to blame only and last elections were a clear proof of that.

What we can learn from Greta’s movement is that our only hope in Lebanon, in my opinion, is on the young generations, in students that are still capable of revolting against the political class, against their parents, against 80+ year old za3eems and warlords with their sons, nephews and extended families destroying whatever is left of our country.

We need more schools and students engaged in promoting activism, raising awareness on climate change, on pollution, on ethics, on human rights and other crucial aspects of our everyday living. In most cities where the climate strike took place, many schools shut down for the day and encouraged students to go down and protest. Our Lebanese society is a young one, and the only ones capable of changing the status-quo are the young school and college students. If these don’t act and stop getting influenced by political parties and leaders, then no one else will.

I’m not expecting miracles to happen and all school students to hit the streets next week but it has to start somewhere, and this is not just about protests. Students should be able to influence their parents at home, their surrounding, their school mates, their neighbors and knowledge is their strongest weapon. Let us start with basics, like forbidding their parents to smoke arguile or worse smoke at home, forbidding them from littering, from polluting, from hunting illegally, from hurting harmless animals, from using plastic etc ..

This is how change can happen and it might take years but it is bound to happen. I know the majority of the blog’s readers are within the 16-34 age range and many are under 25. It is to you that this post is addressed. The above picture shows Greta protesting alone on a Friday. That’s how her movement started and look where she is now. Her one-woman sit-in ballooned into some 1,700 climate strikes, largely by youth, under her “Fridays for Future” banner.

We have so many reasons to fear for our future in Lebanon, and we NEED to act.