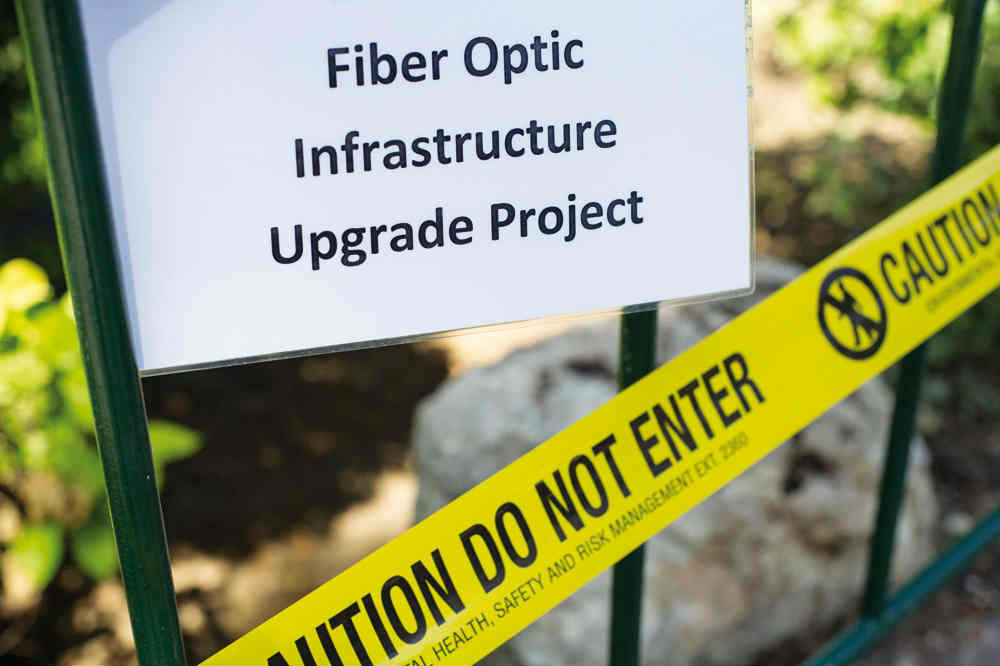 Mike Butcher (Techcrunch) believes that “Beirut is rapidly shaping up to be a powerhouse for startups in the Middle East”, and that “Lebanon is uniquely posed to generate startups which aim both at the Arab world and the wider world at large”. Of course these are not just talks as Lebanon has everything from tech campuses, talented software engineers, successful entrepreneurs, a growing number of investors and accelerators, award-winning startups and more importantly a $400 million investment by Lebanon’s Central Bank through Circular No. 331.

So why isn’t Lebanon a tech hub yet?
Lebanon has everything except one tiny yet crucial thing, which is a fast and abundant internet. Butcher pointed out that the current average internet speed in Lebanon is 3.11 Mbps (vs 27.9 Mbps in the UAE) but it’s not really the case as the speeds outside Beirut are much lower and barely reach 1Mbps in some areas. Moreover, the changes that MP Harb introduced last year required an increase in bandwidth by Ogero which never took place and therefore forced some ISPs to charge the unlimited night traffic. The only fast and reliable connections nowadays are the 3G and 4G mobile data plans but they are relatively expensive if you need a plan bigger than 10GB.

Who’s to blame for the internet?
This issue has been dragging for quite some time, and is the result of the endless political bickering between the Telecom Ministry and Ogero. We thought that things would improve now that both the minister and Ogero are on the same political side, but things actually got worse somehow. It could be due to the lack of coordination between the two parties or/and the lack of expertise of Minister Harb in Telecom given that he’s a lawyer. Funnily enough, if we look back at previous strategies of implementing changes without coordinating with the other party, some of them actually worked out and forced others parties to adapt after a while (while end users suffered) so this “crisis” we are in might actually lead to something better in the near future but no one knows when. In fact, the sad part is that we can’t get any of the two parties to explain what’s happening and the proof is the latest Executive Magazine interview with Ogero’s head Abdel Moneim Youssef. Here are 3 small paragraphs that sum up the whole interview and leaves all our questions in regards to the internet and the future of fiber optics unanswered:

When asked why the new fiber optic network contracted in 2011 — which now connects the bulk of the central offices in Lebanon as well as many of the country’s heavy users such as universities and hospitals — has not been turned on, Youssef immediately retorted on the semantics, not the substance, of our question. ‘Heavy users’ is a meaningless term, he shot back, embarking on a diatribe arguing that the term was “not even a word.” If you look up ‘heavy users’ on Google, he said, it would yield no results. He went further to say that ‘heavy users’ was only a term used by people in Lebanon, to describe a concept that does not exist in the rest of the world’s parlance.

To close the discussion, he invited Executive to call up all of our sources and tell them they were wrong. “They are completely ignorant,” he said. Every source we had cited in our interview — the advisers to the Ministry of Telecommunications, the consultants, the internet services providers — were implied. All of them.

After we dismissed some ideas implied by our interviewee — such as buying shovels and digging trenches to check for the presence of cables, or calling respected experts to insult them — the net gain of 40 minutes’ exposure to Youssef’s mastery in haranguing was thin. What we learned was that the questions we were asking, for some reason, were questions that Youssef did not want to answer.

What’s next?
As Butcher stated, the building blocks are all there to transform Beirut into a tech hub for the MENA region, but we need decent internet for that to happen and I still find it hard to believe that Ogero or the Telecom Ministry don’t want this to happen. They have everything to win by enhancing the internet speeds and everything to lose by not doing so. In all cases, I hope we get some answers in the weeks or months to come but until then, Dubai is becoming a vibrant startup hub for the Middle East and that’s where all Lebanese entrepreneurs are or will be going.