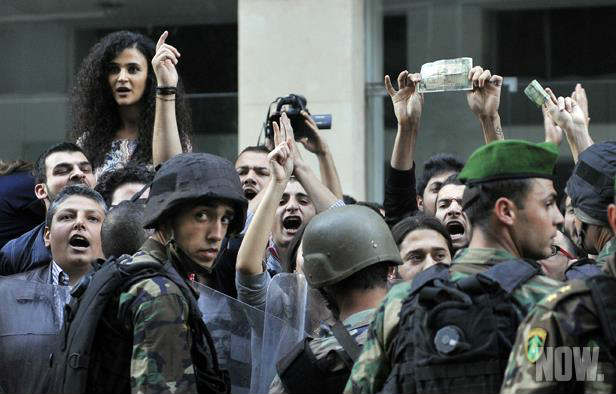 This is not the first time that Lebanese security forces assault journalists during an event or a demonstration and probably won’t be the last. I really wish I could understand why a policeman might go after a journalist. Looking at the video, the ISF officers seemed outraged and pissed off but I couldn’t figure out why and I didn’t read any justification of their actions.

If the journalist or cameraman in action did something wrong, they could always arrest him or fine the station he’s working for, but violence can never be justified unless he assaulted them somehow. In fact, even in that case, they are supposed to defend themselves and arrest the man, not assault him.